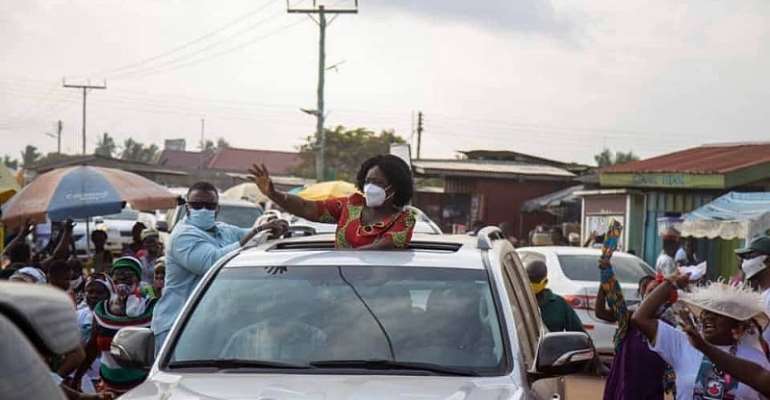 On Tuesday, July 28, she visited the Komenda Traditional Council in the Central Region.

She called on the Nananom as tradition demands and was received by Nana Kojo Kru II.

They reportedly expressed excitement about her appointment.

The Central Region is the birth region of the former Education Minister.

She was in the company of the party's campaign team led by Prof. Joshua Alabi and other party big wigs.

Prof. Opoku-Agyemang’s first port of call was the Asbury-Dunwell Methodist Church where she went to thank God for the opportunity to lead the NDC as a running mate and also to leave the party's campaign into the hands of the most high God.