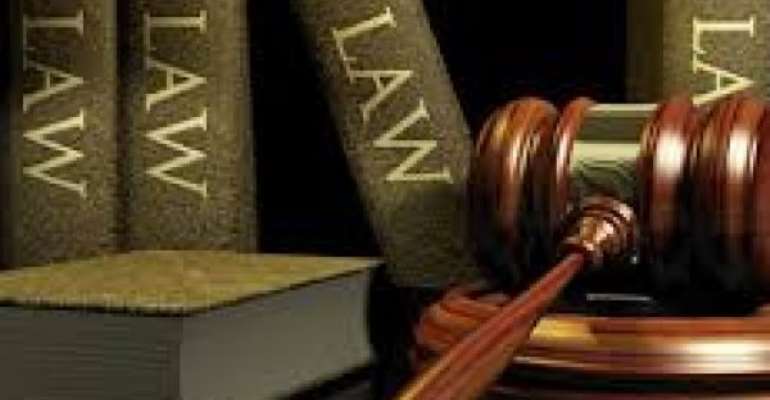 A 21 year-old lactating mother and a seamstress apprentice accused of assaulting her step daughter at Nyankoman in the Aowin Municipality, has been granted a GH¢ 20,000.00 bail with three sureties by the Enchi District Magistrate court.

The court ordered that two of the sureties for the accused, Mary Ackaah alias Assor must be her relatives.

She pleaded guilty simplicita to the charge and will re-appear before court on Thursday 30 July.

Prosecuting, Detective Inspector Joseph Kwadwo Agyare informed the court presided over by Mr Eric Baah Boateng, that Hannah Mensah, the complainant resides at Yiwabra while Kwame Agyemang, a witnessis is one of parents of the victim (name withheld) who is eight years old and a primary two pupil.

He said the victim lived in the same room with her father, siblings and the accused at Nyankoman.

The prosecution said at about 1000 hours on 26th day of May, this year, the accused invited the victim to run some errands for her while playing with her friends in the neighborhood but the victim did not respond to the call.

Mr Agyare said later in the day the victim went home to have her supper and Mary upon seeing her got upset and decided to lash her with a cane her but in the process, the cane hit the victim's left eye which became reddish and swollen.

According to Inspector Agyare, Mary kept what happened to herself and even warned the victim not to tell the father or else she would subject her to severe beatings till she dies.

He said so when the victim was questioned by the father about her injury, she lied that it was his younger brother who hit her left eye with a stick while they were playing and so the father quickly sent her to Excopah clinic at Nyankoman for treatment.

The prosecution said on May 27, the complainant paid an unannounced visit to the victim but seeing her condition, she rushed her to the Presbyterian health center in Enchi where a referral note was issued to her to send the victim to the Agogo hospital in the Ashanti Region to seek further medical attention.

He said the complainant thereafter made a report at the Enchi Police station where a medical report form was issued to her on behalf of the victim for a medical examination, later Mary was arrested.

He said accused confessed to the act in her caution statement and after investigations she was charged with the offence.