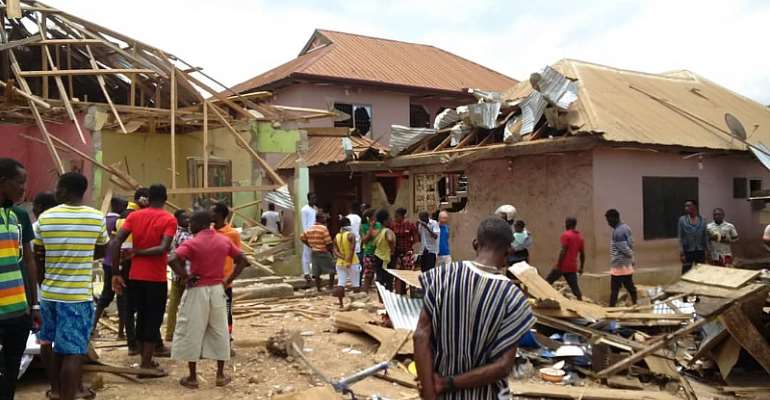 Two people have died while 22 others are in critical condition after a gas cylinder exploded at Akwabose, a community in the Upper Denkyira West District of the Central Region.

The incident happened on Sunday, July 26, 2020, at a gold refinery facility in the area.

A building close to the explosion also had parts of its roof ripped off. 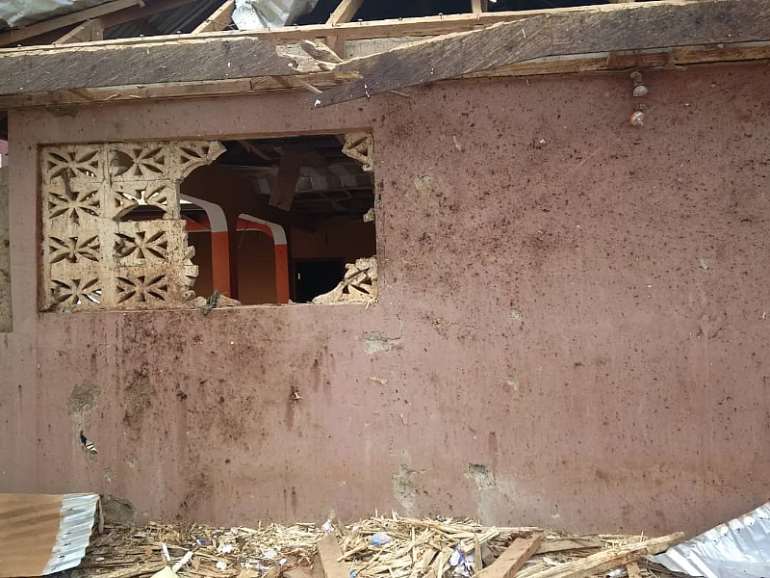 He also said some of the injured have been transferred to the Komfo Anokye Teaching Hospital for treatment.

“The guys in the refinery sent an okada rider to go and fill the gas cylinder they use for their operations. But I can’t tell whether there was a leakage. What we were told was that after the okada rider returned with the cylinder and was handing it over to the owner, there was a blast,” the NADMO Director narrated.

“What we noticed after we got to the scene was that the body parts of the guy at the refinery had been torn into pieces and the okada rider was also in a pool of blood,” Isaac Gyasi added.