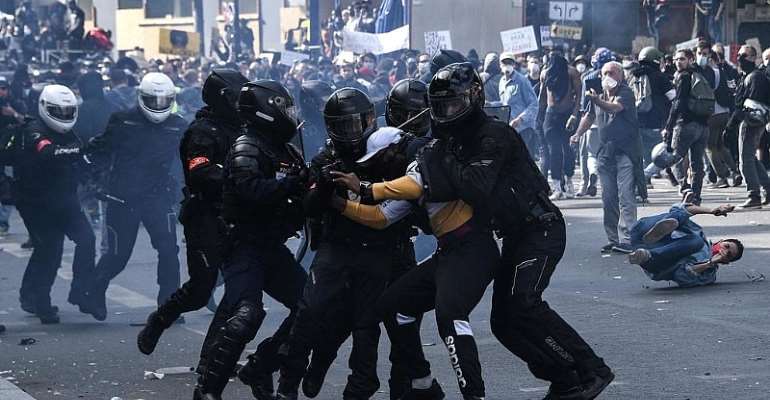 Toubon, who ends his six year term in the job next week, made the call for change after examining complaints to the police arising from the Yellow Vest and other demonstrations in France.

As he did in a previous report, Toubon called for a ban on the use of LBDs (or "flashballs" which can shoot rubber bullets) used by police in demonstrations, which has caused blindness in some instances. Police maintain that it is safe when used by trained officers but say it has sometimes been used by police officers without adequate training.

Toubon questions the tactic whereby demonstrators are herded together, as well as the practice of removing people from demonstrations and conducting an identity check at another location such as a police station. He maintains this deprives people of their liberty without judicial basis.

The report also criticises some pre-emptive arrests, particularly ahead of some Yellow Vest protests, where police were allowed to check cars and rucksacks of people heading to protest areas.

Toubon cites incidents where people found with diving masks, or sometimes simply carrying yellow vests, were detained before demonstrations. He said there was no justification for depriving individuals of the right to protest and wants clarification over which objects warranted confiscation.

Police should be clearly identifiable

The report also condemns the deployment of police officers in plain clothes at demonstrations, often wearing masks or balaclavas. It insists officers should be clearly identifiable.

Public confidence in the police rests on the transparency of their actions, the ombudsman said, adding that it was unacceptable that a complaint about police treatment of an individual be dismissed because the officer could not be identified.

Interior Minister Gérald Darmanin has two months to respond to the review.

The recommendations are likely to meet some criticism from police trade unions. Police stress the need for effective ways of controlling demonstrations where some protesters or infiltrators can behave violently, and law enforcers have a duty to protect local people and property.