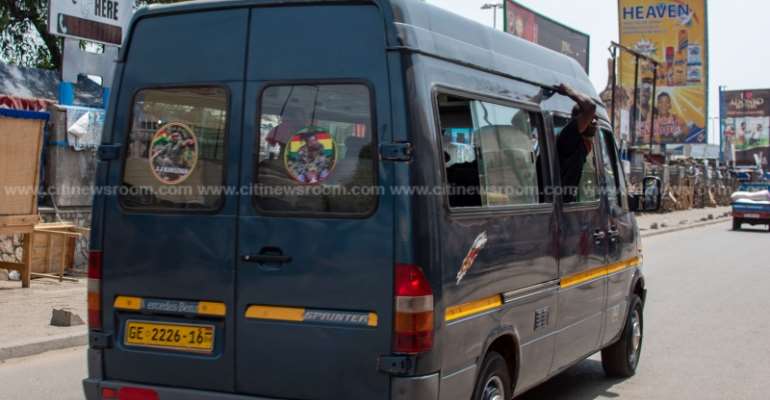 The leadership of a group calling itself the Concerned Drivers Union will from today increase its transport fares by 30% following the increases in fuel prices.

Commercial drivers are also dealing with reduced income because of their reduced intake and adherence to COVID-19 social distancing protocols.

The Vice-chairman of the group, David Agboado, told Citi News that they have directed their members across the country to increase transport fares.

He explained that passengers would have to bear the cost of the recent fuel increment.

“We are telling our passengers that from [today] on, when you go out, calculate 30 percent extra of what you used to pay,” Mr. Agboado noted.

He further said he did not expect the police to interfere with their decision to increase fares, adding that the union has been sensitising commuters on the expected increase.

Mr. Agboado, however, threatened protests if the police tried to hamper their attempts to increase fares.

“If the police do that, on Tuesday, no vehicle, absolutely no vehicle will move within the 16 regions.” Warning from GPRTU

The largest driver union, the Ghana Private Road Transport Union (GPRTU), had warned that some drivers “are seriously agitating” for increases in fuel prices.

The GPRTU Vice Chairman, Robert Sarbah told Citi News the union was trying to calm drivers amid attempts to petition the Transport Minister.

The union has given the Minister up to next week Wednesday for a response, Mr. Sarbah indicated.

The union also lamented the toll of COVID-19 protocols on their operations.

“We can no longer bear this cost on ourselves. We had wanted to help but we don't see the end of this COVID.” COPEC appeal

The Chamber of Petroleum Consumers (COPEC) also highlighted the effect fuel price increments were having on commercial drivers.

According to COPEC, the revenue made by drivers has decreased by between 25% to 40% in recent times.

It thus called for some government intervention in the matter.

“The Central Government can per this, introduce a chit or a coupon system to be administered by

the various transport unions for their memberships such that the various fuel stations will be reimbursed the difference between the agreed subsidy or percentage reduction on the fuel purchases by these public transport operators,” COPEC suggested in a statement.