Zimbabweans 'getting poorer every day' amid confusion over legal tender 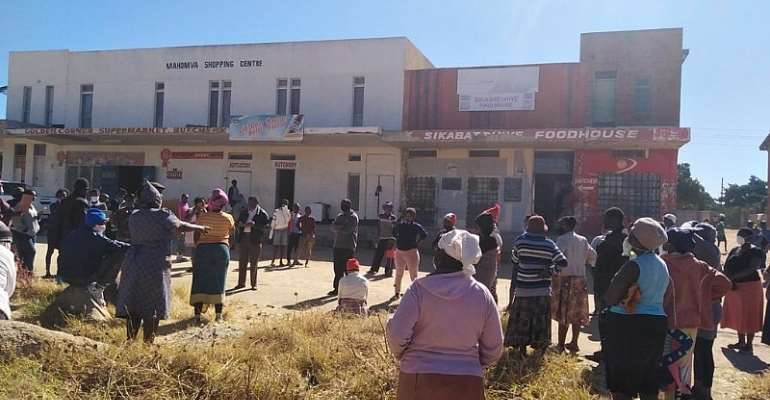 The latest economic woes to hit Zimbabwe, which is grappling with 800 percent inflation, is the government's struggle to put a cap on mobile money transactions in order to eliminate the parallel market, according to Harare-based independent economist Vince Musewe, as confusion about the currency in circulation creates added stress for residents.

“The mobile platform had become an unregulated bank – which was not the intention – where money can be moved into the parallel market,” says Musewe.

Initially, mobile banking was introduced for people who did not have access to bank accounts. But the system's regulation falls under the jurisdiction of telecoms, not Zimbabwe's Reserve Bank, so the Reserve could not monitor transactions.

US dollars are legal tender in Zimbabwe, but there were not enough in the marketplace.

“There has been a huge parallel market to transact to buy and sell US dollars in the marketplace. Because it's unregulated, nobody has been actually looking at the trends there … and the foreign exchange is obviously fuelling inflation here,” Musewe explains.

People would contact their trader and send, for example, the equivalent of 140 US dollars worth of money to get 100 US dollars – a big markup.

Zimbabwe's Ministry of Information issued a statement saying that all mobile money transactions would be frozen, which was wrong, says Musewe.

“The ministry of information has nothing to do with this,” he says, adding that the Reserve Bank said mobile payments could continue, but only for small Zimbabwe dollar amounts.

“That is the correct model, which should have been the case from day one, but it's just that Zimbabwe let things go – if you look at other economies, for example, it's only a bank that can have a mobile app, so that it's accountable,” says Musewe.

In addition to mobile money, the Zimbabwe Reserve Bank made bond coins in 2014, printed bond notes in 2016, and then issued new notes in 2019 that did not have Bond notes written on them. All are considered legal tender in Zimbabwe.

Lack of confidence in the economy trickles down

In Zimbabwe's second city, Bulawayo, lack of confidence in the economy has led to some shop owners making their own rules, according to Benedict Sibanda, the general secretary for the Matabeleland Institute for Human Rights, an activist group.

“Retailers are refusing money that says 'bond note' on it, but the government says that these are still legal tender,” he says.

The Zimbawean banks treat the bond notes and the Zimbabwean dollar as one and the same, he says. “If you give the bank Zimbabwe dollars, they give you a mixture of bond notes as change.”

While in Harare, the Reserve Bank and the government are scrambling to contain inflation, lack of confidence in the government has created an atmosphere of unease.

Sibanda says some store clerks who are no longer accepting bond notes as payment because they heard a rumour they're going to be phased out, still give bond notes as change to customers who pay with Zimbabwean dollars.

On Monday, three women got fellow residents of the western suburbs of Bulawayo together to talk to the retailers in their community about why they would not accept bond notes. Annah Sibanda, Judith Ncube and Nosizi Mhlanga had asked the police to intervene a week ago, but none came to their aid.

Sibanda told RFI that residents protected these same shops in their neighbourhood when people rioted and looted in January 2019 over a steep fuel price hike.

“We told them, 'when the looting came, we protected you, and now you reject us if we come with two bond notes, the money we use in Zimbabwe',” says Sibanda.

“We are not fighting, we are talking like neighbours,” she added.

But the shopkeepers called the police, who came to arrest the people outside the shops, until they heard the reason why they were amassed there.

They arrested the shopkeepers for not taking bond notes, adding to the more than 100 who were arrested for the same offence.

“When Zimbabweans can have confidence in their own currency and they are able to bank it – go to the bank and get money out – then that is a normal economy, but that is not going to happen in the short term because it's a legitimacy issue,” says economist Musewe.

“People don't believe in this government, and the only solution is a political settlement for things to stabilise.”

Consumers are having a hard time just buying staple items, and Zimbabweans are getting poorer by the day because their money is worth nothing, he says.

“People have lost confidence in the system and that's where we're at.”