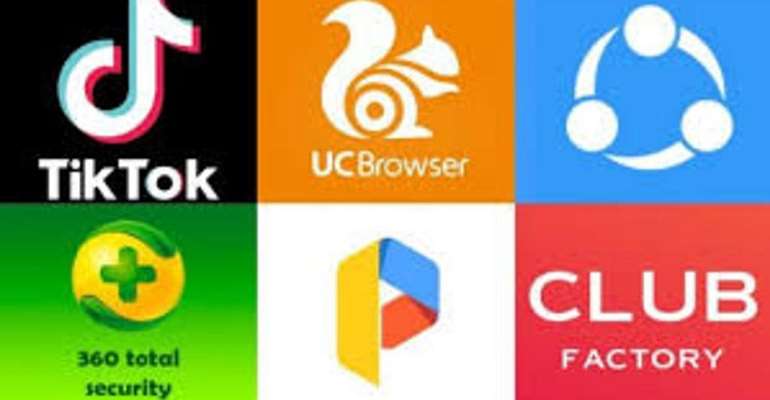 The Indian government has banned dozens of mostly Chinese applications, including TikTok, WeChat and UC Browser, saying they were "prejudicial" to the country's defence, security and public order.

India on Monday banned 59 apps in its strongest move yet targeting China's online presence since a border crisis erupted between the two countries earlier this month.

The ban applies to both mobile and non-mobile internet enabled devices. Weibo, China's micro-blogging service equivalent to Twitter, has also been blacklisted by India.

“We have received many complaints from various sources including several reports about misuse of some mobile apps… for stealing and surreptitiously transmitting users' data in an unauthorised manner to servers which have locations outside India,” said the Ministry of Information and Technology in a statement.

“Since this ultimately impinges upon the sovereignty and integrity of India, it is a matter of very deep and immediate concern which requires emergency measures,” it added.

This is probably the first big action that hits Chinese business interests in India.

The ban comes less than two weeks after a deadly border clash between Chinese and Indian troops that saw at least 20 Indian soldiers lose their lives in the eastern Ladakh region in the disputed Himalayan region.

In a statement issued on Tuesday TikTok said that it did not pass on any information about its users to any foreign government including the Chinese government and would not do so in the future too.

“TikTok continues to comply with all data privacy and security requirements under Indian law and has not shared any information of our users in India with any foreign government, including the Chinese government,” said TikTok India head Nikhil Gandhi in a statement.

The other Chinese apps which have been banned are Club Factory, SHAREit, Likee, Mi Video Call (Xiaomi), Weibo, Baidu and Bigo Live. They have been removed from the Google Play Store and Apple App Store for India.

Some apps on the banned list are very popular in India, especially TikTok, which has over 120 million active users in the country, mainly in the heartland.

New social media platforms like Helo and Likee, as well as video chat app Bigo Live are immensely popular among Indians who are not comfortable in English. These users will have to look for substitutes.

Interestingly, most of these platforms have Indian creators, for many of whom this is the only source of income. The apps have offices and employees in India and a few thousand jobs could be at stake.

However, some analysts say this move may not hurt India given the alternatives, but for China the Indian app market is growing and valuable.

“Internet costs here are one of the lowest in the world, and consumers number over 800 million. Nearly half of these smartphone users are below 25 and thirsting for content on their devices,” Preet Soni, a telecom analyst told RFI.

Following the order, Google and Apple will have to remove these apps from the Android and iOS stores.