Presiding Member Position Should Be By Simple Majority – Kpemka Advocates 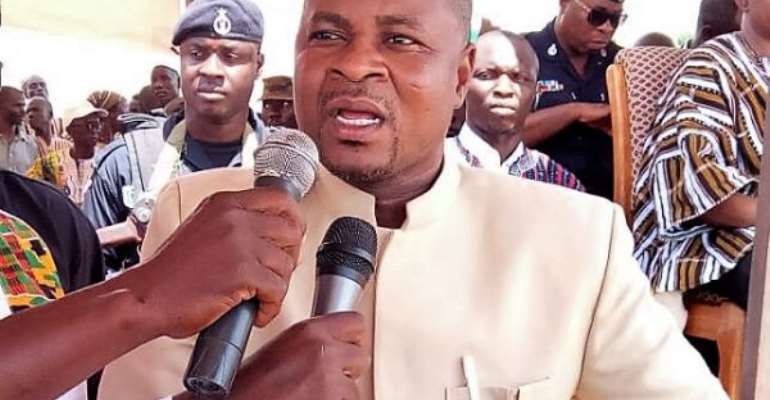 The Member of Parliament for Tempane Constituency, Mr Joseph Dindiok Kpemka, who double as the Deputy Attorney General, has called for the amendment of some provisions of the Local Government Act and Legislations to ensure that the election of a Presiding Member for District Assemblies is based on a simple majority.

The Deputy Attorney General's call came at the backdrop of the various Assemblies' inability to elect their Presiding Members after the District Assembly Elections and inauguration in December last year and January this year respectively.

In the Upper East Region, out of the 15 Municipal and District Assemblies, only six Assemblies have been able to elect their presiding members.

For instance, at Zebilla in the Bawku District, the Assembly has not had a presiding member for four years running and the situation is having a toll on the development of the district.

Per the provisions of the Local Government Act of 2016, Act 939, one must obtain a two-thirds majority of the total number of assembly members to be a Presiding Member and many of the Assemblies across the country on countless occasions failed to meet the law.

In an interview with the Ghana News Agency, Mr Kpemka, who is also the Member of Parliament for Tempane Constituency stated that almost all the Assembly Members of the various assemblies were political party affiliates and the situation was not compelling them to have consensus.

According to him, the entrenched positions taken by the Assembly Members in the various Assemblies across the country were making it very difficult for certain Assemblies to get the required two-thirds majority during the election of a Presiding Member.

Mr Kpemka noted that the situation had over the years retarded development in many districts especially the deprived areas and therefore called on the Ministry of Local Government and Rural Development to as matter of urgency initiate steps to amend some of the provisions of the Act, to allow for a simple majority in the election of a Presiding Members.

The Deputy Attorney General who is also NPP Parliamentary candidate for the 2020 general elections explained that without the presiding member the various development committees of the assembly would be missing and the deliberative role of the assembly members would also be lost, thereby retarding development and deepening the poverty cycle.

“Without the Presiding Member, the deliberative role which is very important will be missing and the Assembly will have to go through the LI and find a way of forming the committees otherwise the Assembly will not be able to function,” he added.

He expressed strong support for any move to revisit Article 55 of the Constitution to ensure that the various Assembly Members were elected based on partisan lines to avoid the pretense of the Assembly Members.

“But if we have realized over time that the practice does not allow development to flourish but is rather a hindrance to the development of the districts we have to go by a simple majority.”

The Deputy Attorney General further advocated the amendment of the provisions of the Local Government Acts to allow Members of Parliament to vote during the election of the Presiding Member since the MP is part of members of the assembly and their votes usually count.