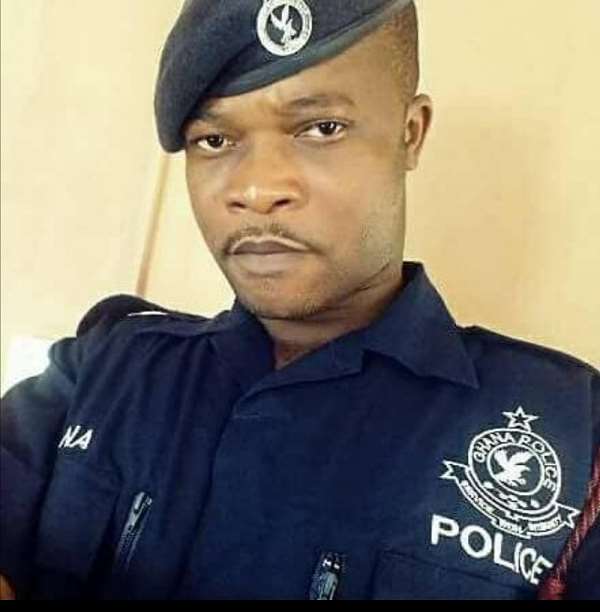 “Veni, Vidi, Vici” is a classical Latin phrase employed by Julius Caesar to describe how he conquered Pharnaces II of Pontus at the Battle of Zeal in 47 BC. Not too many of us know the history or the story behind this famous phrase though we may have used to it one way or the other to describe our conquering exploits over wiles and struggles of life.

Life is war and many at times we come to the very slippery edge of it where we see death staring and scaring us in the face with its arms opened and ready to embrace our souls but then somehow we are whisked from its claws by natural designs of fate. We look back with a lot of gratitude in our heart because we have been given another opportunity live. Our death date has been postponed. It does not mean we will not die just that we are seeking for more grace and favour to die at our own appointed time and certainly not in this COVID-19 pandemic era when life has become so fragile and being blown away like straw.

In spite of scares and fears of death associated with COVID-19, not everybody will die of its infection. A lot of us will be infected with it but by the natural healing mechanisms of our immune system, we will recover from it without having slightest idea that we once got infected with this dreadful disease which is sweeping a lot of souls into the dustbin of death. Those with very good immune systems will survive the disease but they would not even know that they were once infected but just in case you get to know that you once got infected and survived it, then it calls for celebrations and jubilations because not too many people have been fortunate to go on that edge and come back. Some lost the battle and a lot more are losing it though you are not too different from them.

Julius Caesar's victory over Pharnaces II at the battle of Zela was sweet, swift, epic and legendary. It was beyond his expectations and imaginations as there was not too many casualties among his soldiers so he celebrated his victory with spirited excitements. Excited Julius Caesar wrote a letter to the Roman Senate describing his victory with just few words – “Veni, Vidi, Vici”. Pharnaces II at the time was really a piercing thorn in the flesh of the Romans and so for him to be easily conquered by Julius Caesar made him to short words when describing his conquests.

Julius Caesar could not have gone to war without strict approval of the Roman Senate. At the time, it was the Senate who approves of wars especially when it involves the life of others who are husbands to wives and fathers to children so after the battle, Julius Caesar ought to report his conquering exploits to the Senate. He briefly described his conquering exploits as “Veni, Vivi, Vici” which means “I came, I saw, I conquered”.

This very particular Latin phrase, was going to become one of the famous quotes in man's struggles against forces of nature, pestilences and diseases but not necessarily a physical battle as embarked on by Julius Caesar and his army against Pharnaces II at Zela. That is exactly how I would also describe my situation and experiences as former COVID-19 patient who was quarantined at the Police Hospital for 22 days before finally being discharged on 12th June 2020 after two consecutive laboratory COVID-19 test ran on me proved negative.

For those of us who have gone to the edge with COVID-19 but still pulled through without losing a single hair have a reason to celebrate and jubilate our reason of being among the living because a lot have been swept away by the waving current of this disease. For us, it is another opportunity for the gift of life to amend our ways. If for nothing at all, our death date has been postponed to later date. We escaped death unscathed even though our names appeared on the executioners list.

I may not have gone to physical battle to wrestle with flesh and blood as the case of Julius Caesar but I came face to face with scares of death and found myself in a state of psychological instabilities and imbalances. I was filled with fears and anxieties as I did not know what will happen to me in the days ahead after I was told that I was COVID-19 positive but I needed to put on mental fortitude and remain psychologically positive with hope that I will have the chance to live again. It was a kind of psychological and mental warfare but I needed to motivate and inspire myself to breathe hope as I count my days in quarantine. After testing positive while still in quarantine, I was finally declared clinically of COVID-19 after 22 days and sighed a big relieve.

I went to mental and psychological war with COVID-19, I saw it and I conquered it despite how death kept starring me in the face with scares. Just as Julius Caesar with excitements wrote to the Roman Senate to share the successes of his sweet victory, I also find it very dutiful to share my story with the world to inspire hopes in these perilous time of COVID-19 pandemic.

How did a hearty and male man like me who has never been sick or experienced any of COVID-19 symptoms and signs ended up at the Police Hospital and got quarantined for 22 solid days?

It all started when a case of defilement was referred to me to investigate as a police detective. The sight of the suspect looked very scary as he appeared to have gone for days or weeks without taking a bath. There was this undescribable scent around him and aside all, he would coughed occasionally. Working on such a person in this COVID-19 pandemic era was psychologically tortuous form me as I was very uncomfortable in my working conditions with the suspect. What even scared the hell out of me was when the suspect coughed on me while I was taking his fingerprints.

For days I was just uncomfortable and anytime I think about how the suspect coughed on me, I settled that he has infected me with COVID-19. I was full of prejudices about the suspect just because of his appearance though it is only a laboratory test that can prove COVID-19 status of a person. I was full of prejudices to the extent that I forgot that appearance can be very deceptive. How sad? I should have known better as a police officer with my over 8 years experience as an investigator but can be blamed in this era of COVID-19 pandemic?

On 12th May 2020, I sent the suspect to court at Adenta Circuit Court and he was jailed 24 years. We needed to send him to prisons to start his sentence but the Prison Service had issued strict directives that they would only accept convicts who have clinically been cleared of COVID-19 so by the time I returned from Court, my commander had arranged for COVID-19 team to take his sample. In the course of taking his sample, I also volunteered to have my sample taking bearing in mind how he had coughed on me earlier. After our samples were taken, I returned home not sound in mind and under the impression that the convict had infected me with COVID-19 but I am waiting for the test to prove it.

On 20th May 2020, I started my day on a very high note with a lot of positive energies. Everything was just alright as my daily expectations were falling in place so I was going to mark that day as one of my beautiful days in recent times but by the time the sun sets, I was in state of psychological shock, heavily depressed and mentally unstable. I was gripped with fear and scares of death as I ended my day at Police Hospital where I was going to be quarantined for the next 22 days for testing positive for COVID-19. The results for COVID-19 that I took with the suspect on 12th May 2020 had come. I was positive but the suspect that I so anticipated to be positive was rather negative.

By 6.30pm on 20th May 2020, I was alone in one of the wardrooms at the Police Hospital and taking a sober reflection of life. I took a stock of my entire life from where I serves me to the very time that I was told be COVID-19 positive. I was lost in my thoughts and very worried for my wife and child as I did not know their status. I was in very confused state but I needed to very calm and be hopeful. Suddenly I started to be courageous and preparing my mind to face anything including death if it should come. I resigned to fate and concluded that if I do not die of COVID-19 today, I would certainly die of something else at some other time and so if death has come to me early in the name of COVID-19, I am prepared to face it like a gladiator in the arena of death.

Suddenly I started getting some mental strength and some candles of hope started flaming in my heart. I started breathing hope and started seeing the brighter side of light and gradually my life started brightening up as fears and scares of death was subliming away. The scares and fear of death started leaving my thoughts. I started regaining my strength mentally and psychologically. The following day after my first night in quarantine, I woke up very hopeful and bright. I knew that I was not going to die of COVID-19 and for all the 22 days that I remained in quarantine, I kept hope and faith on mental and psychological strength with a lot of positive energies. Though the situation was very traumatic and psychologically stressful remained very positive in spirits till the very day that I was discharged from the treatment center at the Police Hospital.

To survive COVID-19, can only be described by Julius Caesar as “Veni, Vidi, Vici.” “I came, I saw, and conquered” but not without mental fortitude, psychological and mental strength. It takes very high spirits and a lot of positive energies to survive the traumatic experiences to COVID-19 patient and maybe I should lastly say that God's grace was sufficient and that is the reason why I got infected with COVID-19, quarantined for 22 days but never experienced a single pain till I was discharged.

Testing negative after 22 days in quarantine is like the executioner telling you to go home.