Black lives and mass protest: Why we need a new approach 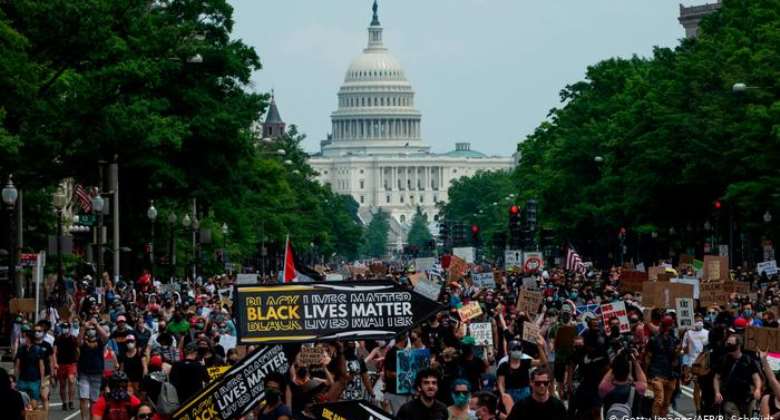 The weeks of protests over the murder of George Floyd, police use of excessive force, and other historic injustices towards African Americans are inspiring, but ultimately ill-fated. This is hardly the first time that concerned people have turned out to demand that America do the right thing for its black population.

A survey of history finds other campaigns for racial justice: the manumission effort after the Revolutionary War; the abolitionist movement of the mid-19th century; the Civil War and Reconstruction; the anti-poverty campaigns of the Great Depression; and, of course, the civil rights movement of the 1960s.

Each episode called upon the goodwill of citizens to make a more perfect America. Each left behind a degree of improvement in the civil rights of the country — and each ultimately failed to achieve a satisfactory resolution to the underlying forces of white supremacy.

Reasonable observers can conclude that the current round of protests will result in a similar outcome. While there may be modest adjustments in police practices, no one should expect much more after a tremendous expenditure of time and resources.

Fact is, the black community needs to take a realistic assessment of its status as subjects in a white-dominated society. Little in its 400-year experience in the United States should lead people to think otherwise. Protests can be as illusory of social change as the trend of TV commercials that promote millennial, white men at the head of black families — both notions project a subtle message of black dependency.

By and large, the black population will continue to live with the burden of repression. While the outrage of white allies is no doubt genuine, the motivations of liberal politicians are self-serving to some measure as well: The support is offered to keep people agitated so they will turn out in large numbers for Democratic candidates in November. Such is the nature of politics; if successful, it might result in a few policy improvements and opportunities for talented blacks in government and media.

However, it largely will fall short of addressing the fundamental concerns of ordinary folk for power. So, common sense argues that African American leaders might want to explore a different approach than taking to the streets. What they are doing now — have been doing for so long — is in many ways an exercise in helplessness. It is a special plea to the goodwill of white liberalism.

So, what is there to do? Billie Holiday said it best in the song, “God, Bless the Child.” Until black leaders commit to a goal of establishing a sustainable political base in the country, their communities will always be beggars to power.

It seems that too many contemporary politicians have drawn the wrong lesson from the strategy of direct action by Martin Luther King. His Southern Christian Leadership Conference used mass protest effectively to challenge Jim Crow laws. Since then, the tactic has become increasingly less effective as a means to address the needs of the folk.

Unceasing protest will not achieve what African Americans truly want and need: a safe haven in an autonomous state, where they can build a model society of their own. Most black people know this in their hearts, and it explains the popular appeal of fictional entities such as “Wakanda.”

Unfortunately, too many leaders seem to confuse the quest for self-determination with abandoning the demands for citizenship in America. It simply means people committing to a project of state-building that complements their position in the rest of the country.

While the weeks-long protests have merit, and are admirable efforts of mobilization, people probably would have more to gain by organizing to build a sustainable power base in states. Such a crusade would have benefits of self-reliance and group cooperation that would spill over into other areas of social and political relations.

History and demographics point to Georgia as the most likely place for a black majority-minority state. More than 30 percent of the population is black and ready to address suspicions of election fraud. That means African Americans have a chance to create a version of an “Israel” safe haven, a state where they oversee the design of laws, programs and police forces in large measure.

An autonomous state does not mean that people would abandon living in other areas of the country. It does not mean that all blacks would live in the representative state. It simply means that those in a position to support the idea would consider it an option, if interested.

The notion of a sovereign ethnic state is well within the historic experience of American politics. Other marginalized groups have used majority-minority status to their advantage since the 19th century — foremost, the Mormons in Utah, Asian Americans in Hawaii, and Hispanics in New Mexico.

The strategy might work for black Americans as well, if there is the political vision. It is certainly no more heavy lifting than the imperative to protest to reform a recalcitrant nation. Neither white liberals nor their black pundits can provide the leadership for such a project. It may take cultural figures with a belief in alternative politics to find a way to ignite the process — if we truly believe that black lives matter.

Roger House is an associate professor of American studies at Emerson College in Boston and author of “Blue Smoke: The Recorded Journey of Big Bill Broonzy.” The commentary is reprinted from The Hill.