Ghana To Spend GHS23bn On Debt Than Health, Education In 2020 – ENDP 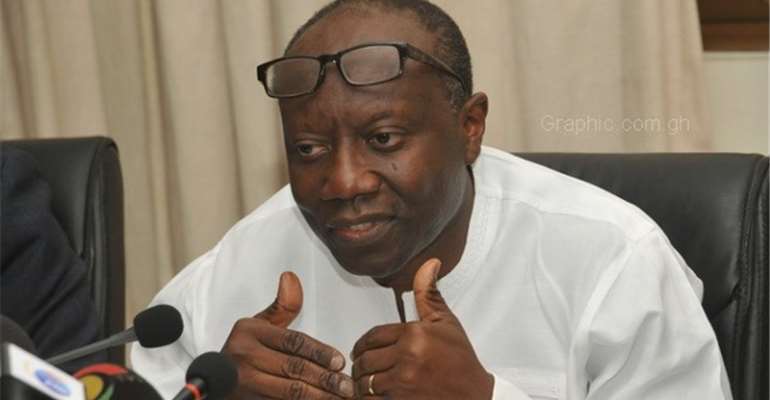 The government will spend more on debt than infrastructure, health or education this year, according to the European Network on Debt and Development.

Ghana’s interest payments in the first four months of this year is also the highest since, at least, 2016.

This, together with interest payments of other countries, will contribute to sub-Saharan Africa’s external debt-service bill hitting US$36.6 billion this year, according to the Institute of International Finance.

Ghana is expected to spend about GHS23 billion on interest payments by the end of December 2020.

Unlike richer countries that can afford to inject capital into their economies, African governments need to take on more expensive debt to deal with the economic fallout from the pandemic.

“The cost of servicing the debt and the debt overhang will make recovery difficult,” Gyude Moore, Liberia’s former minister of public works and senior fellow at the Center for Global Development told Bloomberg.

The Group of 20 leading economies’ debt-relief initiative aimed at freeing up funds for poor nations to deal with the pandemic is moving slowly.

Since launching in April, 13 of the 73 eligible countries have been granted a suspension and multilateral lenders and private creditors have been hesitant to participate.

Without help, many countries spending more to tackle the pandemic that epidemiologists say has yet to peak in Africa, may be forced into default.

And that could deter fresh investment and financing, jeopardising the World Bank’s projection for a rebound to 3.1% growth next year.

Head of Africa Research at Verisk Maplecroft, Indigo Ellis said economies with diversified industries and sources of capital will bounce back quicker than those reliant on one sector.

If oil prices remain low, debt costs in Nigeria, the continent’s top crude producer, could consume 96% of the government’s income this year, according to a report by Maplecroft.

Interest payments for Angola, the number two producer, could eat up all revenue in 2020, the International Monetary Fund said last June.

“Perhaps, this crisis is going to be a wake-up call for policymakers across the continent to make steep changes in their efforts to transform economies,” said Dirk Willem te Velde, a research fellow with the Overseas Development Institute.

The government’s spending on public services in sub-Saharan Africa dropped by 15% between 2014 and 2018, according to the European Network on Debt and Development.

In South Africa, debt-service costs will grow faster than any other spending category over the next three years.

African governments have “shrinking fiscal space as revenues are falling,” said Adedeji Adeniran, a senior research fellow at the Abuja-based Centre for the Study of the Economies of Africa.

“For countries with very high external debt which is maturing this year, the debt crisis will be immediate.”