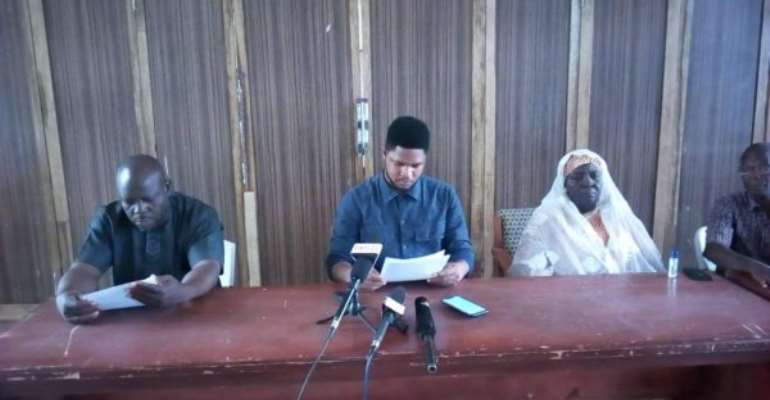 Coalition of Northern Savannah Civil Society Organisations (CSOs) has added its voice to the growing calls on the Electoral Commission (EC) to rescind its decision to compile a new Voter's Register using Ghana Card and passport as primary identifiable documents.

It said the EC should hold on with the compilation of the new Register until all qualified citizens were registered and issued with the Ghana Card to avoid struggles.

This was in a statement read on behalf of the Coalition, by Mr Richard Zangba, its Spokesperson, at a press conference in Tamale.

The statement said if the EC proceeded with the compilation of the new Register, many of the people in the, Northern, North East, Savannah, Upper East and Upper West Regions would be disenfranchised because they were not registered for the Ghana Card.

It said “We are extremely worried because the people, who will be greatly affected by this latest development in terms of threats to their constitutionally guaranteed right to vote are those of us in the five regions in northern part of Ghana due to the over 50 per cent of our registerable population that could not register for the Ghana Card, and will therefore, have to go through very stressful conditions at the expense of farming activities and terrible COVID-19 pandemic to get the few numbers that have the Cards to vouch for them.”

The EC announced that it would begin registration for the new Voters' Register to be used for the December, 2020 elections from June 30.

However, some interest groups including; some CSOs and some political parties that are against the compilation of the new Register, are also not happy that the EC excluded the current voter's identity card from the list of documents to be considered for registration.

The statement gave an analysis of the number of people qualified to be registered for the Ghana Card and the actual number that was registered for the Card and the number that was issued with the Cards in the five regions saying “From this, it is clear that 77.4 per cent of the total registerable population in northern Ghana will have to stay off their livelihood activities and spend precious time struggling to look for the small number of 22.6 per cent to vouch for them to qualify as a citizen regardless of the right to vote in Article 42 of the Constitution.”

The group said it would have been better to invest such resources on the COVID-19 impacted economy to finance government's pro-poor initiatives rather than compiling a Register when the old one “Is still credible as was used to elect the current leadership of the country, create new regions and organise the 2019 district level elections.”