Guinean president denies rumours that his health is failing 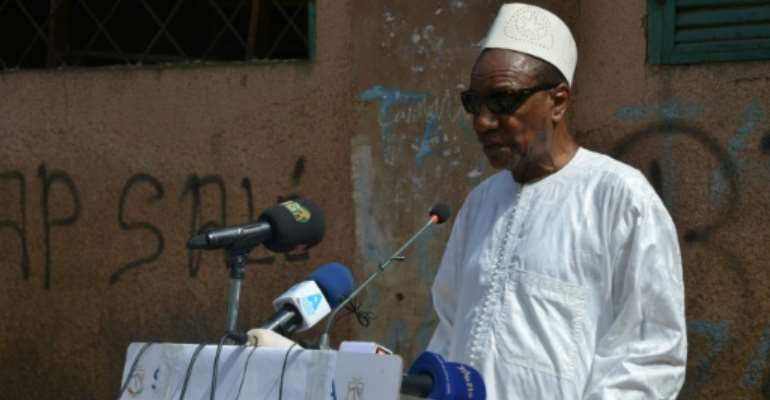 'Fit as a fiddle': President Alpha Conde, pictured after voting in a constitutional referendum in March. By CELLOU BINANI (AFP)

Guinean President Alpha Conde on Wednesday declared he was fit and well and would 'bury' many of his enemies as rumours persisted that his health was deteriorating.

Conde, 82, said in an interview with Sabari FM radio that he was making fewer public appearances and had stopped receiving visitors on the advice of his doctors, due to the coronavirus pandemic.

Rumours had been circulating widely this week that Conde, one of Africa's oldest leaders, was being hospitalised.

Conde made the comments after Burundian President Pierre Nkurunziza suddenly died on Monday at the age of 55, sparking suspicions on the country's social media of death from poisoning or COVID-19.

"I assure the Guinean people that I am as fit as a fiddle and I am sure I will bury many people who wish me dead," Conde said, adding that he would continue to 'do sport'.

The impoverished West African country has struggled to curb coronavirus despite enacting travel restrictions and a curfew. More than 4,200 cases have been recorded, including 23 deaths.

Some senior figures are among the fatalities, including government's secretary general Sekou Kourouma, a close ally to the president.

Conde, elected in 2010 and re-elected in 2015, blamed the rumours on his opponents and their "political negligence".

Anger at Conde over suspected plans to run for a third term at the end of the year has sparked protests in which dozens have died.

Conde has been evasive for months about his intentions, without denying his possible candidacy.

'Each party will decide on its candidate and I will follow my party's decision" for the presidential election, he said.