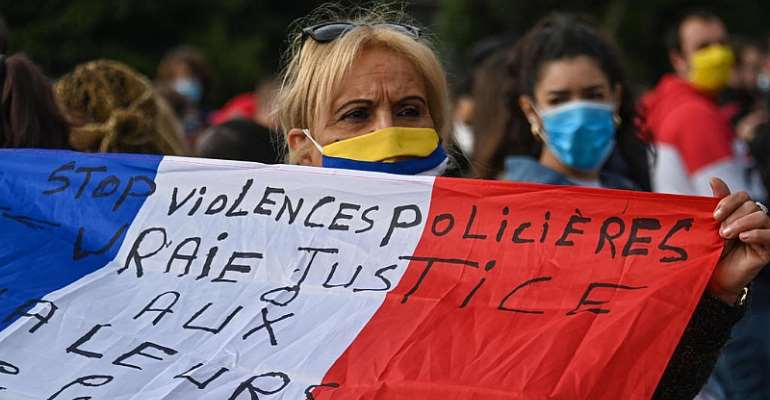 French riot police on Thursday fired tear gas to disperse some 2,000 protesters who staged an undeclared demonstration against alleged police violence and racism in the northern city of Lille.

The evening rally began as an improvised demonstration in the city centre, with a crowd of mainly young people chanting “justice for Adama”, in reference to Adama Traoré, a young black man killed in French police custody in 2016.

Echoing widespread protests across the United States following the death of African American George Floyd at the hands of police, the crowed in Lille waved placards bearing slogans such as “Black Lives Matter", "I can't breathe," and "Stop police violence".

CRS security forces forming a cordon to face off against the demonstrators, three of whom were arrested. One CRS officer was reportedly injured by a projectile.

Some demonstrators told French media the protest movement was intended to be peaceful but, when bottles were thrown, the police came at the crowd with tear gas.

Rallies against alleged police violence have been gaining traction in France. On Tuesday, a similar undeclared demonstration of some 2,500 people was carried out peacefully.