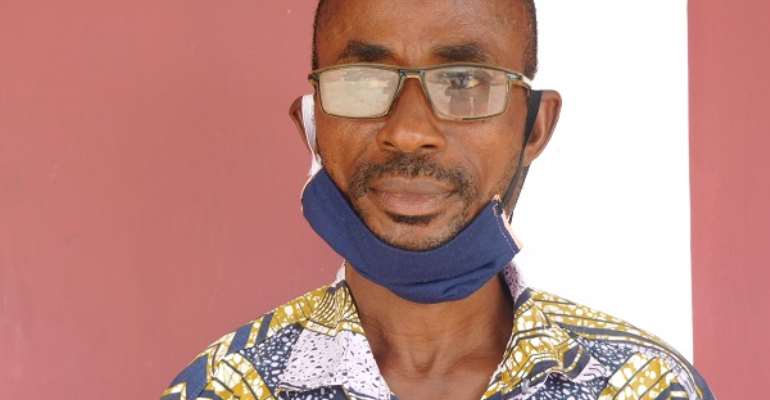 Residents of Kurofa in the Asante Akim South Municipality of the Ashanti Region are in shock following the sudden death of the Assembly Member for Kurofa West, Amponsah Adarkwa Yiadom, through a motor accident.

The affable assembly member who was in his mid-fifties died from his wounds when a truck, which was doing an overtaking on the main Accra-Kumasi highway, knocked him off his motorbike at Konongo where he lived.

A colleague assembly member for Kurofa East, Bismark Ampomah Wereko, confirmed the sad incident to DAILY GUIDE and said the whole town was in a shock.

“My colleague and friend was hard-working and always had the development of Kurofa at heart,” he said.

It is the same assembly member who made allegations against Bice Osei-Kufour, aka Obuor, one of the aspirants contesting the seat of the Asante Akim South on the ticket of the New Patriotic Party (NPP), that his supporters had attacked him (Yiadom) at Kurofa when Obour reportedly came to meet some delegates in the town.

According to him, on May 3, Obour and his campaign team arrived from Adomfe, a neighbouring town, in a convoy of vehicles tooting their horns.

He said when he went to where the meeting was taking place, which was in a Catholic Church, he saw about 100 people gathered in the church with Obour addressing them.

“I went to the place and saw a lot of people gathered in the church and when I tried to draw their attention to the breach of the social distancing protocol, one of Obour's supporters called Otani Yahaya assaulted me without any provocation,” he claimed.

According to him, Yahaya heavily punched his mouth leading to a cut on his upper lip, which led to profuse bleeding, adding that he reported the case to the Juaso police the following day.

When Obour was contacted about the incident, he told DAILY GUIDE that nothing of that sort happened at Kurofa when he met delegates in the town.

According to him, the story by the assembly member was politically motivated just to tarnish his name but when the District Commander of Asante Akim South Municipality, Superintendent Andrews Anyani was contacted, he confirmed that the assembly member made such a report of assault on him to the police.