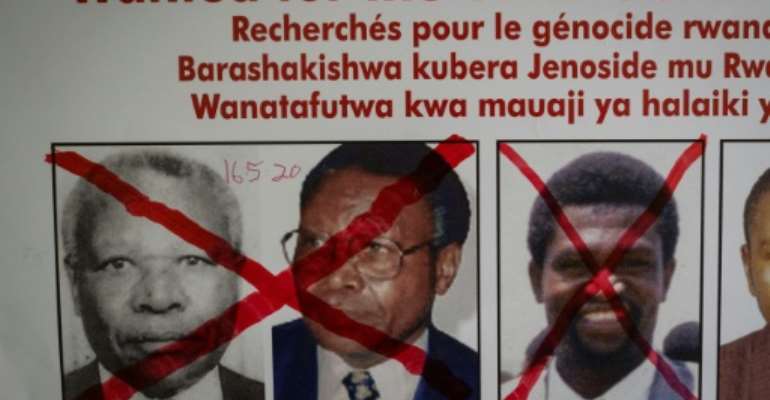 Accused of financing the 1994 genocide of some 800,000 people, Kabuga wanted a trial in France, not Tanzania. By Simon Wohlfahrt (AFP/File)

A Paris appeals court ruled Wednesday that Rwandan genocide suspect Felicien Kabuga, arrested in France after evading police in several countries for 25 years, should be handed over to a UN tribunal in Tanzania to stand trial.

Accused of financing the 1994 genocide of some 800,000 people, Kabuga had asked for a trial in France, citing frail health and claiming the United Nations court in Africa would be biased against him, and possibly hand him over to Rwandan authorities.

His transfer still faces a final hurdle with defence lawyers planning to appeal the ruling at France's highest court of appeal.

He attended the hearing in a wheelchair and barely reacted when the decision was read out.

A lawyer for the 84-year-old Kabuga said he would appeal the decision to hand him over to the Mechanism for International Criminal Tribunals (MICT), which is based in The Hague but has a branch in Arusha, Tanzania.

"I was expecting this, because it's a highly politicised case," said one of his lawyers, Laurent Bayon. 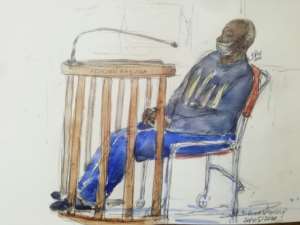 Described as Africa's most wanted man, Kabuga was arrested last month at his home outside Paris, where he had been living under a false name. By Benoit PEYRUCQ (AFP/File)

"A transfer to Arusha, and the detention conditions there, would not allow him to survive, so a full trial would not be possible, neither for him nor the victims," he said.

If the appeal is accepted by France's court of cassation, a decision would be issued within two months. If it endorses his transfer, he would have one month to appear before the international court.

Described as Africa's most wanted man, Kabuga was arrested on May 16 at his home outside Paris, where he had been living under a false name.

A judge in The Hague ruled last month, however, that Kabuga should be tried in Arusha by the MICT, which took over the duties of the UN's International Criminal Tribunal for Rwanda when it formally closed in 2015.

Kabuga, once one of Rwanda's richest men, was indicted by the tribunal in 1997 on seven counts, including genocide. 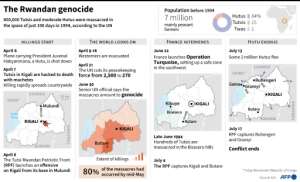 Timeline with maps of the 1994 genocide in Rwanda. By Paz PIZARRO, Alain BOMMENEL (AFP/File)

He is accused of forming the notorious Interahamwe militia that carried out massacres, and the Radio-Television Libre des Mille Collines, whose broadcasts incited people to murder.

Hundreds of thousands of Tutsis but also moderate Hutus were slaughtered over 100 days of ethnic violence committed by Hutu extremists in 1994.

"These are all lies. Everything I did helped the Tutsis, and my businesses offered them credit -- I wasn't going to go and kill my clients," he told the court, speaking in Kinyarwanda.

The UN tribunal charged him in 1997 with "genocide" as well as "direct and public incitement to commit genocide," using his position as chairman of Rwanda's FDN national defence fund to funnel money to militia groups.

It noted in particular that he arranged for shipments of "an impressive number of machetes and other weapons to the Interahamwe militia".

He is also accused of directly supervising Interahamwe massacres in Gisenyi, northwestern Rwanda, and in the Kigali district of Kimironko.

Prosecutors say Kabuga's money and connections helped him avoid arrest for decades after he fled Rwanda for Switzerland in July 1994, though he was ordered to leave the country just one month later.

He later moved to the former Zaire and then Kenya, where he managed to avoid three arrest attempts.

In 2002, the US government offered a $5 million reward for information leading to his arrest.

French officials said new intelligence allowed them to track Kabuga down at an apartment in the Paris suburb of Asnieres-sous-Bois, where he had been hiding out for the past three or four years with the help of his children.

Along with top-ranking military figure Protais Mpiranya, who is still at large, Kabuga was one of the most significant suspects still sought over the genocide.

Another key suspect, former defence minister Augustin Bizimana and until recently believed to have been on the run, died in 2000, the the UN tribunal said last month.

France has long been known as a hiding place for wanted genocide suspects and French investigators currently have dozens of cases underway.