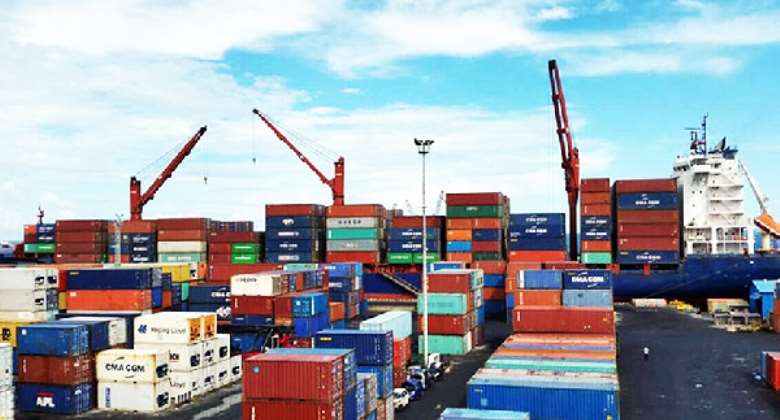 It said ICUMS, which is the name of the Ghana version of Universal Pass (UNI-PASS), built by Korea Customs, is a new all-in-one customs management solution owned by government.

Ghana Link Network Services Limited, which has a 10-year contract with the Ministry of Trade and Industry, partnered Korea Customs to introduce UNI-PASS in Ghana.

Public Relations Manager of Ghana Link Network Services Limited, Norvan Acquah-Hayford, in a statement, said over the period many questions have been raised, and Ghana Link wants to use this opportunity to answer some of the questions.

He stated that ICUMS is live at Ghana’s boarders and at the Takoradi Port while waiting to deploy at the Kotoka International Airport (KIA) and Tema Port.

Is the $93 million abrogation term in the UNI-PASS deal a sustainable and advantageous investment worth taking?

First, to define TVM, the time value of money (TVM) is the concept that money you have now is worth more than the identical sum in the future due to its potential earning capacity.

This core principle of finance holds that provided money can earn interest, any amount of money is worth more the sooner it is received.

Having said this, assuming $40 million was the principal that was invested in this contract, and bearing in mind that contract was signed almost two years ago, we all will admit that if this money was invested elsewhere, it would have earned some interest now.

Also, it's important to note that the contract implementation cost has not been stated there, but Ghana Link has spent money in implementing the project.

I'm sure by now you understand that the US$93 million abrogation term in the UNI-PASS deal is indeed a sustainable and advantageous investment worth taking by the government.

This is because we must direct our minds to damages that must be paid if a contract ought to be abrogated.

The net cash flow expected during the period of the contract is calculated at the time of termination, and that is what one must pay for.

Is the UNI-PASS deal expensive than the existing vendors?

The above table gives you an idea of the cost to the government, comparing the vendors providing the trade facilitation. It is important to note that with UNI-PASS or the ICUMS, the government gets to save about 0.17% on FOB.

Another question that has come up is: if such an investment is even considered worth taking, why have the top government officials widely speculated by the media to have pushed the UNI-PASS deal through failing to educate stakeholders at the Ghana ports on the importance of rolling out such a deal?

I'm sure we have heard many times, including some interviews I even conducted when I was in mainstream media, that education has been done several times.

All stakeholders, including freight forwarders and importers, have been trained, and training is still ongoing.

It’s untrue to say we have failed to educate stakeholders at the Ghana ports on the importance of rolling out such a deal.

But let me state here and now that training is not an event, but a continuous process which we will continue to do for the freight forwarders and all other stakeholders even after full rollout.

But the question one may ask is: we speak of single window at the ports; can we say we have that now?

Yes, we do, with the introduction of the ICUMS. The Government of Ghana, in its commitment to ensure value for money and end-to-end single window system, signed an agreement with Korea Customs, through its partners here in Ghana, Ghana Link Network Services Limited, to deploy ICUMS/UNI-PASS (a single entry), i.e. UNI (Unified, Universal or Unique), PASS (to clear fast and offer efficient service) that serves all purposes in trade (goods) and travels (passengers).

It is a modern and world-class technology acknowledged by international bodies such as the World Trade Organization (WTO), the World Customs Organization (WCO), The World Bank, and World Economic Forum (WEF), which is used to facilitate trade, ensure supply chain security and increase revenue.

UNI-PASS is the only technology in the area of trade facilitation, security/safety and revenue mobilization developed by a customs agency aimed at solving customs and trade-related issues. Hence, it is a tailor-measured technology.

Why has UNI-PASS failed immensely in piloting such a system?

There is nowhere in the world that a government will allow for such a system to be deployed without piloting it.

Indeed, we acknowledge that implementing a national single window system will not happen without initial challenges.

The ICUMS or the UNI-PASS system, which is currently deployed at the various frontiers, was piloted at Aflao and Elubo, with Takoradi having simulations and stress test before take-off on April 1, 2020.

The UNI-PASS offers importers and exporters an integrated system of filing all documents and helps businesses to send information regarding consignment simultaneously to each agency concerned for swift response in trade facilitation.

Was UNI-PASS able to learn from its failed piloting system and come up with a better system?

The technology has been built to suit the need of Ghana. The system was developed with the client’s needs from scratch.

After the expiration of the contract, the whole system and its infrastructure will be handed over to the government, as by that time officials of the Customs Division of the GRA would have been trained and would be ready to man the system.

To this end, a state-of-the-art data centre was built and is housed at the Ministry of Finance premises in Accra.

UNI-PASS is a comprehensive clearance system that does not only work to facilitate trade, but ensure that every pesewa is collected and compliant and risk-free passengers are given special processing. The system also works to ensure national security and safety.

ICUMS prevents harmful goods, such as narcotics, guns and explosives, from entering or exiting the country.

It’s also the only system built to prevent the importation of unsafe and fake goods.

UNI-PASS is internationally recognised for protection of intellectual property (IPR). This is critical for Ghana, especially as we are about to set up many factories.

For example, in 2006, UNI-PASS received an award from the World Customs Organisation (WCO) for being able to protect intellectual property. It is an all-encompassing system that goes beyond import and export regimes of customs, covering all customs regimes such as warehousing, free zone, transhipment, and transit.

Other countries such as Dubai Customs also focus on transhipments. This fact is contained in the WCO news (2016), which recognised transhipments as a regime applied to a significant number of consignments flowing through Dubai and the UAE” (p.66). This regime does not earn revenue for a country. Because of the revenue-focused nature of UNI-PASS, it has a valuation data warehouse, which is a pre-requisite for proper valuation and revenue collection.

Has the ongoing record of Ghana Link in Sierra Leone served as an enhanced notice if UNI-PASS is to go ahead with its system at the Ghana ports?

Let’s set the records straight: Ghana Link/COPIA is not and has never been in Sierra Leone to implement UNI-PASS, a single window system, as is being speculated. UNI-

PASS or the ICUMS system has only been deployed in Ghana.

It is a known fact that the African Link Inspection Company (ALIC) is an affiliate company of Ghana Link.

ALIC was contracted in 2012 by the Sierra Leonean government to deploy a destination inspection scheme, and not a single window, and this we have been doing for the last eight years.

What is the unexpected benefit of the ICUMS/UNI-PASS deal?

The introduction of ICUMS/UNI-PASS gives you a one-stop service for all trade activities at the country’s frontiers and ports for all customs and trade clearance processes.

In Ghana, UNI-PASS is going to fully integrate all government agencies that have interest in trade, revenue management and statistical purpose, among others.

This enables the sharing of timely information among regulatory agencies, stakeholders (such as those mandated by government to perform special tasks), and customs. Regulatory information sharing goes beyond the issuance of permits, but information for statistical analysis and decision making.

The UNI-PASS system cannot be duplicated without the authorization of the office of the GRA Commissioner and the Finance Minister, who hold the patent and trade mark rights of the system.

Through the clearance management system, all customs business will be conducted in a paperless environment.

When ICUMS/UNI-PASS is fully deployed, export will take 1.5 minutes and import 1.5 hours. This is the current standard in Korea.

By using this sub-system, UNI-PASS is able to collect bills of lading from shipping companies, airlines and agents, and assign a cargo tracking number to each consignment.

The Cargo Management System is connected to delivery companies, warehouses and other private entities moving goods.

Moreover, the time it takes to deliver or clear goods is also measured in order to avoid logistics issues, such as bottlenecks.

The APIS on the UNI-PASS uses various data, such as passenger lists, reservation data and the entry/exit history, to analyse risks prior to the arrival of travellers so that high-risk travellers may be selected and controlled while ordinary travellers can swiftly clear their goods or personal items.

Fifty million travellers are screened every year through APIS in order to prevent any harmful goods, such as narcotics, guns and explosives, from entering or exiting the country.

Finally, to conclude, I will say many developing countries, especially those in need of revenue from cross-border trade, as well as facilitate trade across their borders, ensure security and transact business in a transparent, efficient and less costly manner, have always made UNI-PASS their best ally.

UNIPASS technology is used by many countries around the world and is fully operational in these countries: Ecuador, Nepal, Mongolia, Guatemala, Kazakhstan, Kyrgyzstan, Dominican Republic and Uzbekistan.

In Africa, Tanzania and Cameroun have adopted the UNI-PASS. It is operational in Tanzania, but yet to be fully deployed in Cameroun.

ECUPASS also won a WCO Innovation award at a Technology Innovation forum in Argentina in 2013 (KCS, 2016).

After this report was issued, the Government of Ghana sent customs officials to Korea to understudy what they have.

This led to the development of a comprehensive report, which is what the Government of Ghana adopted and got CUPIA to develop the tailor-made system, which is known as the ICUMS/UNI-PASS.