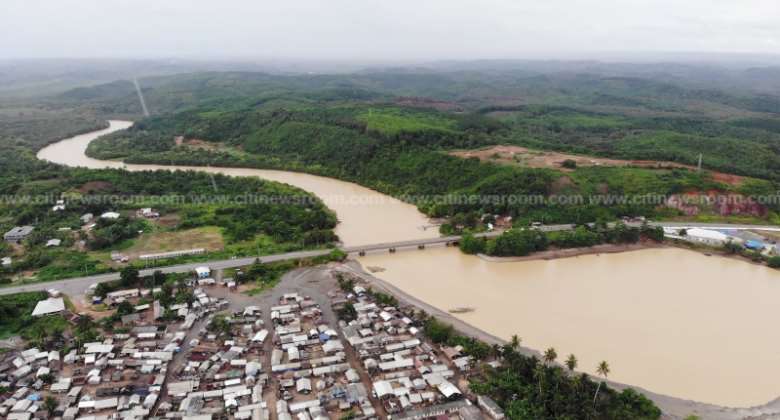 Pollution of the Ankobra River which passes through the Ellembelle District and the Nzema East Municipality has worsened following a surge in illegal mining activities.

Some stakeholders attribute the current development on the COVID-19 fight which is receiving all the needed attention at the expense of the fight against illegal mining.

Arial photographs of the river on Tuesday, May 12, 2020, show that illegal miners are having a field day as the colour of the River has changed from its natural state to brown.

Residents of the Ankobra community located on the banks of the River are unable to use the water for house chores due to its current state.

The Ankobra Beach Resort which is also located not too far from where the Ankobra River estuary, is likely not to attract tourists who usually come for surfing when the country's borders are finally opened.

This is because the polluted river Ankobra has also has entered into what used to be a beautiful Ankobra Beach Resort.