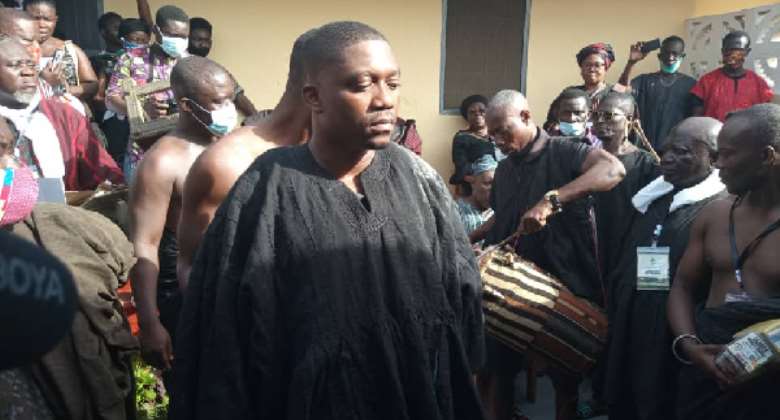 The Akropong Circuit Court in the Eastern Region has slashed a fine worth GH¢48,576 on the four arrested Akuapem chiefs who flouted the ban on social gatherings to install a new chief in the area.

On Friday, May 1, kingmakers of Akuapem installed a new chief after the Judicial Committee of the Eastern Regional House of Chiefs nullified the installation of one Odehye Kwasi Akuffu as the Okuapemhene.

During the installation of the new Okuapemhene Oseadeeyo Kwasi Akufo II, the crowd who gathered flouted the President’s directive on social distancing.

They all pleaded guilty of violating the president’s directive and hence each chief is to pay Gh¢12,144 as a fine and in default serve four years each in prison.

Making this case before the Presiding Judge, Arrit Nsemboh, Prosecutor Detective Inspector Lukenan Sulemana said the four defendants acted contrary to paragraph 1, subsection A of the Executive Instrument 64 and Section six of the Restriction Imposition Act 2020.