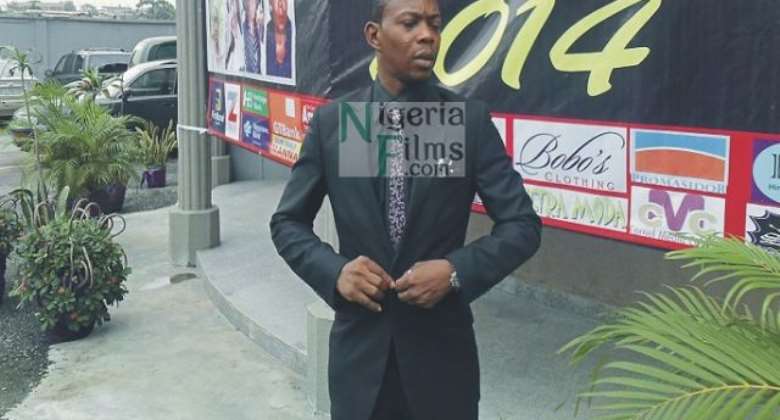 The year 2013 was a very good year for most entertainment players in Nigeria. Few days into the year, Funke Akindele grabbed a brand endorsement deal. Soon after that, deals started coming in for others.

It was also in the year that some Nigerian musicians got juicy deals from telecoms giant in Nigeria, Glo. Even controversial Big Brother Africa (BBA) star, Beverly Osu wasn't left out of the blessings as she was recently unveiled as the brand ambassador for a cosmetics product.

Seyi Law also recently picked up a deal with OLX, an online buying and selling site. This came after he was slapped with a brand endorsement deal by Samsung Electronics along with Kate Henshaw and Banky W.

In fact, all the stakeholders in the three major sectors of the entertainment industry in Nigeria; movie, music and comedy have been represented in the numerous numbers of blessings that have been showered on some Nigerian celebs.

However, it might come as a big surprise to many that popular humour merchant, Koffi publicly begged to be made a brand ambassador of a new product, which jus found its way into the country.

It was really shocking to those present at the scene of the incident to see their favourite star begging for the deal.

On Thursday, November 14, 2013, at the Hardley Apartments, located on Victoria Island, Lagos, during the media presentation of Mozzi Mosquito Repellent, Koffi, who was the master of ceremony at the event, told the manufacturers of the products that he would be willing to be their ambassador. This was after Kanu Nwankwo had endorsed the new product.

The comedian even disclosed that he would also be ready to run an advertising campaign for the manufacturers of the mosquito repellent.

The next time you see Koffi on television endorsing the product, know that he begged to get the job.