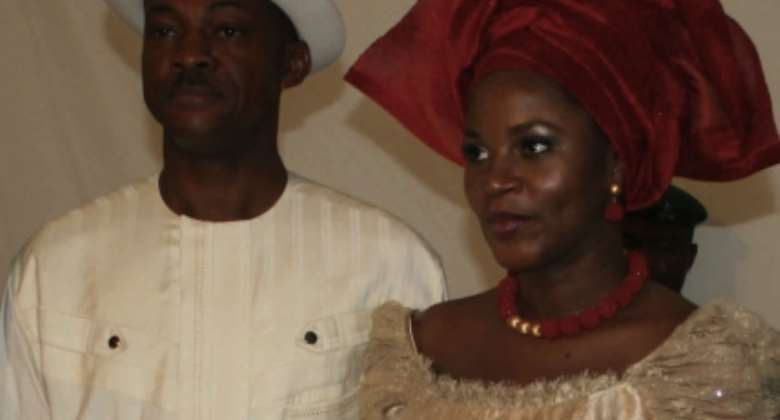 Enugu state Governor Sullivan Chime has denied everything that has to do with the stories that made waves few days back that he kept his wife in detention. The governor revealed that he never molested his wife, as he vows to protect the integrity of his wife, Mrs. Clara Chime who has denied sending any petition to the National Human Rights Commission (NHRC) alleging unlawful detention by her husband.

Mrs. Chime also denied contacting or engaging the services of Mr. Femi Falana or any other lawyer to seek her freedom from an alleged incarceration at Government House Enugu as the latter claimed in his lette to media houses and the Inspector-General of Police.

The governor disclosed that his wife has some medical challenges and it would be very unkind for him to talk about her condition on the pages of newspapers. He said he has battled Clara's health challenges prior to his inauguration in 2011.

There was a time she was confined indoors and that was strictly on her doctors' advice. Also the doctors advised against allowing her access to telephones and laptop.

Mrs Chime later disclosed that she has no problem with her doctor. On the petition to the National Human Rights Commission, Mrs. Chime corroborated an earlier text message she had sent to her husband that she had not met Falana or engaged him to seek her release from a purported unlawful custody. Rather, she admitted that she wrote a letter to her doctor, Dr. Agumuo and another doctor overseas whom she was introduced to and wondered how the letter leaked to the public.

She also admitted that she was once confined to a room without access to her telephone and laptop, when she had serious crisis. Mrs. Chime also confirmed that she has the key to her room and controls her entry and exit, contrary to the claim in the petition that she had been locked up for asking to be allowed to leave. Her grouse was that she had not been allowed to leave the premises, though she attended mass even last Sunday.

I am not desperate to marry.I believe that God's time is the best

WHO IS AFTER FELIX DUKE?