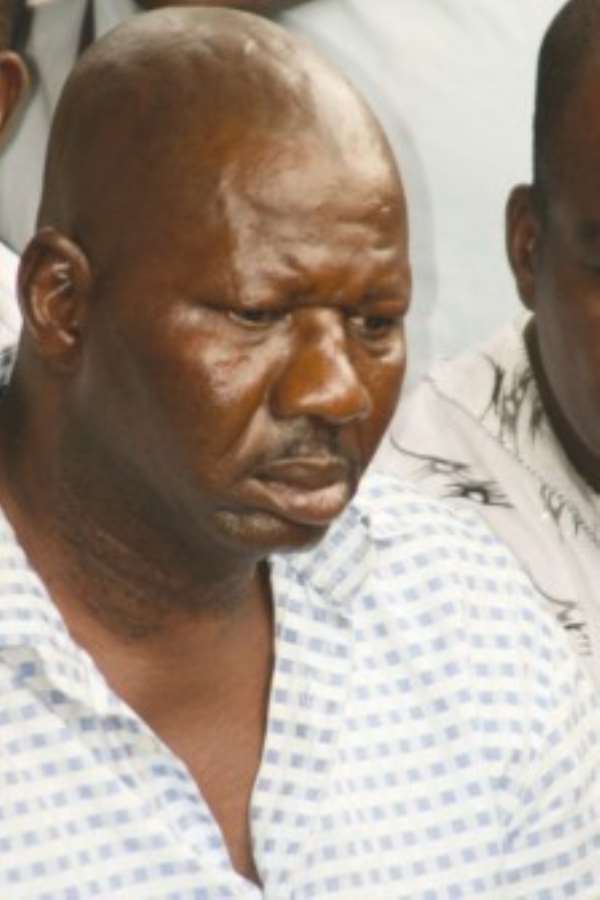 It was with a great shock when the news broke on Thursday,13th October,that top Yoruba comedian,Babatunde Omidina popularly known as Baba Suwe had been arrested for drugs by officials of National Drug and Law Enforcement Agency(NDLEA).

And within minutes,the bad fate that had just befallen the self-styled king of comedy in the Yoruba movie circle became the talking point among all and sundry because of his wide popularity within the movie industry.

Although,Baba Suwe was actually arrested on the night of Wednesday,12th October,when trying to board an Air France flight to Paris,however since the following day that the news filtered into town,opinions have been diverse on what could have led Baba Suwe who made a good name as a Comic act,into the drugs trafficking.

Some are even yet to believe that Baba Suwe actually ingested the alleged hard drugs as alleged by the officials of the NDLEA.

This is because Baba Suwe failed to excrete the suspected substance 8 days after he was placed on close observation.

The story has taken on a new dimension as CT scan result test confirmed a large amount of drugs in Baba Suwe's body.

According to NDLEA Intelligence officer,Femi Johnson Osifuye, a CT scan result issued by a consultant radiologist with the Lagos State University Teaching Hospital (LASUTH), Dr Subhash Vijayvargiya confirmed that the actor has large amount of narcotic drugs in his body.

He added that as a result of Baba Suwe's refusal to eat, he had not excreted the ingested substances.

Osifuye stated that after the comedian made the second excretion and no substance was found, the NDLEA had to take him to LASUTH for another CT scan for a second opinion on whether he indeed ingested the narcotic drugs, and the test confirmed a large amount of drugs in his body.

He further stated that with the confirmation that the actor still has hard drugs in his stomach, he is bound to excrete it with time.

He contended that the detained actor's case was not an isolated one as it takes some suspects a longer time to excrete than others, hence the need to further keep him in custody.

Osifuye asserted that it would take the detained actor about five to seven days to complete excreting the whole drugs in his stomach.He added that the suspect must be in custody for the agency to retrieve the ingested drugs.

Osifuye stressed that it would be in the interest of the suspect to excrete the ingested substances so as to prevent them from bursting in his abdomen, a situation the agency argued might lead to his death.

In another development, Justice Okechukwu Okeke of the Federal High Court, Lagos has acceded to a request by the Nigerian Drug Law Enforcement Agency (NDLEA) to further detain Baba Suwe for 15 more days.

We learnt that a fundamental rights enforcement suit filed by Baba Suwe's lawyer, Mohammed Bashir against the National Drug Law Enforcement Agency (NDLEA) over his arrest and detention simply aggravates the whole issue.

Chiefs and Queen mothers of Nadowli-Kaleo congratulate Alban...
11 minutes ago

I intend to live my my oath – Bagbin
11 minutes ago