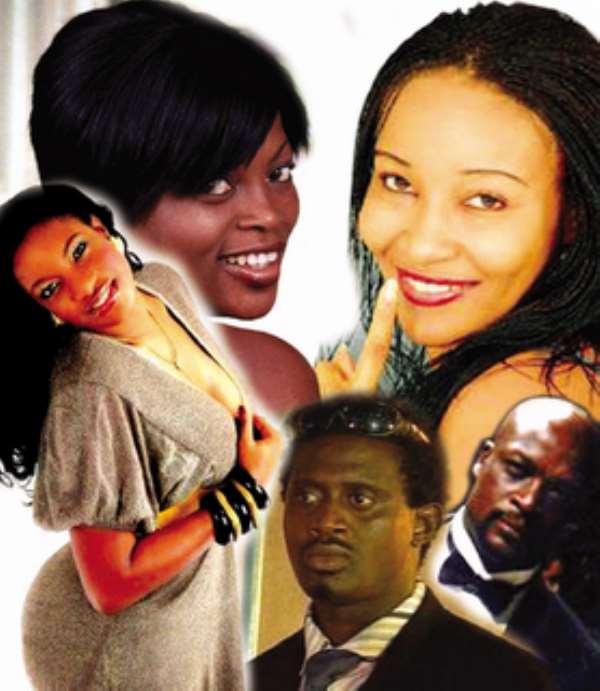 From law to acting

In as much as I love acting, I also wanted to be a lawyer. My love for the Law profession heightened after my diploma programme. However, by that time, I was already acting. I just returned home one day and told my parents that I had the mind of going to the university to study Law and my father just shrugged. None of them pushed me into it. It was all I wanted to do. And I must say that my parents have been quite supportive, especially my mum. I recall how she used to take me around in her car to attend auditions or shooting sessions. Even when I wanted to produce my own movie, she was all over me. They are very liberal and supportive.

From bodybuilding to acting

I was a professional body builder before I ventured into acting. I also trained as a masseur and owned a lot of body building equipment. But Basorge Tariah Jnr introduced me into acting. We normally strolled together and it was during one of our outings that he told me that I had what it took to act. He later told me that there was an audition at Zeb Ejiro's office. I dismissed the idea, but he insisted that we went; so, I obliged and we found ourselves there. So, we got there late but at the end I got a role. It was Blood Money. It was shot in 1997. Since then it has been a success story and God has been merciful in keeping me to this level.

Geology was my beginning

Recently, I asked myself how I got to this level; because a lot of things just happened that I couldn't explain. I am sure if you meet some of my friends today particularly my schoolmates, they are going to tell you that they don't know what I am doing as an actor. Many had thought I was going to end up a lecturer or an oil worker. The closest to acting that I did as a child was being a debater. Then, I was in the acting department in church. I would say that my membership of that group influenced my incursion into acting. But it was after I lost my job in a small oil service company that I thought of the next move and it was for me to come to Lagos from Warri. It was while in search of a 'good job' in Lagos that acting beckoned and it started with Mama Sunday. That was my very first production. I had gone to the studio to do a voice over for a church when I got a call that I was needed for an acting job — Mama Sunday. I hesitated because I had come out of a production where I was not paid. But here was the producer actually negotiating with me and right there, he gave me some money up-front. It was something else for me. The first thing I did with the money was to pay the debt I owed my mother. She had given me some money to accomplish a task but I blew it on a date. So when my mother asked where I got the money from, I quickly declared that I was now a movie star and that was how it started'.

I wanted to be a newscaster

As a child, I always wanted to be a newscaster. I was always fascinated with the way they spoke so fluently and with so much confidence. I wanted to be on television reading the news, but hey…I'm on television now though it is not newscasting. So, I always wanted to be on television reading the news but to do that one would have to study broadcasting or mass communication or such related courses. But I didn't. Anyway, the movie industry was already booming and I had friends who were already scampering into it. One day, a friend of mine told me about the auditions for Papa Ajasco, the popular situation comedy and I went there for it. I got a minor role but that was the beginning of my journey into the movie industry.

Was inspired by the big names

While growing up, I used to watch big names such as Regina Askia, Liz Benson, Auntie Joke Silva, Uncle Olu Jacobs, RMD (Richard Mofe Damijo) and Ramsey Nouah. Even while in secondary school, I watched Genevieve Nnaji and Omotola Ekeinde a lot. So, they all inspired me to pursue my dream as an actress. I was not lucky to start with a lead role. I played waka pass (an extra in a movie that is) before I got my first lead. I met an actress and asked for a good producer she thinks I can work with because I was new and didn't know anyone. So, she gave me a number and then my sister and I called him up and he the producer invited us for an audition. After the audition we waited for like five months before we were called back to come and pick scripts. My sister was lucky she got ten scenes to play but I got just three. Initially I was reluctant but I later gave it a try because I considered it a stepping stone. So that was how I started.