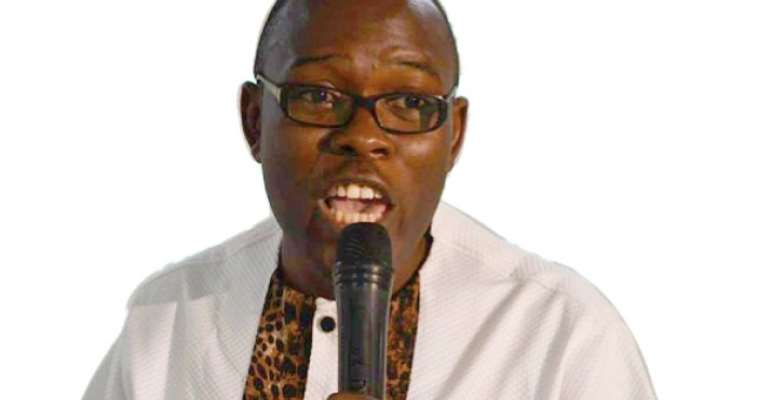 Once I visited a government ministry in Ghana's capital city of Accra to make it for an appointment I had with the deputy minister. At the security post, here is what happened:

Me: I am here to see [name of person without any title]

Security: [Surprised] Do you know who he is?

Me: Yes, he is the deputy minister. Mr. so-and-so.

Security: Don't call him Mr. He is honorable.

Me: [Smile].
In Ghana, titles are a big deal because they convey a sense of importance and influence. For a long time, people have been treated based on the title they carry. We are usually quick to heap titles on people we admire. And we usually give deference to people who carry big titles.

Even low level politicians ascribe to themselves titles that are above their rung on the political ladder. Instead of working to merit the title, they focus on protecting the title. Unfortunately, they have foot soldiers who follow them sheepishly and sing their praises.

As a speaker, there are many times when I have been introduced as a pastor in churches I go to speak at. As soon as I get into the pulpit I correct that I am not a pastor. Yet when I'm done and I hand over the microphone to my host, they come back to say that since the message I delivered could have been delivered by a pastor, I can easily be called a pastor.

Because of this glorification of titles, we often see people clamor for them. These days almost every pastor has a doctorate. I've seen some unaccredited theological institutions advertise for people to pay as little as $300 to be awarded honorary doctorates. Young pastors with a handful of members are calling themselves bishops. Do they know who a bishop is? They use these titles to accentuate the anointing they carry. Hallelujah!

This clamor for titles by the clergy has become so obscene that the reverence that is often accorded the clergy is gradually being watered down. They seem to forget that a pastor's authority does not lie in the title they carry but in their personal relationship with God. What on earth could be more respectable than the power of the Holy Spirit?!

I realize that all the early apostles of the church featured in the Bible did not ascribe titles to themselves. They were referred to as brothers and sisters in Christ. Paul usually started his epistles by introducing himself as a bondservant and apostle of Jesus Christ. He used “apostle” to refer to his work, but not to his person.

Many people are compromising their dignity just because they fell for the skullduggeries of these wolves in sheep clothing. People have become broke because they entrusted their treasure to small men who come in big titles.

Now we are entering an era where you have to check and recheck before you acknowledge someone in the image of the title they carry. When you present yourself in the image of a title that is beyond your achievement or substance, even the little substance you have will be disregarded.

Don't be in a hurry to amass titles. Titles don't make a person. Titles are given to affirm your achievements. They are given in acknowledgement of your substance. They are given to describe your job, not your person. Anytime you feel tempted to add a title to your name, ask yourself whether you have done or are doing enough to deserve it.

Don't chase titles. Let the titles chase you and never let them catch you.

On the flip side, I visited a leading investment bank many years ago. I was there to book appointment to meet the executive chairman. The receptionist asked me to wait. I sat waiting for the big man's personal assistant to call me in to assess whether or not an appointment could be set. While waiting, this man walked by the reception. The receptionist then called him by his first name and prompted him that I was there to see him.

Come and see how stunned I was! That a receptionist could call such a big man who happened to be her boss by his first name and the man would respond pleasantly. Instantly, the man invited me into his office and granted me audience. I got my meeting without an appointment. Since then, my respect for this man has been on the high side. Later, I got to know that he doesn't do titles at all. Regardless of that, his business continued to grow and has grown to be an emerging giant in Africa.

If you focus on excellent execution and consistent character, you will be esteemed beyond what any title can give you.

–
Terry Mante is an author, motivational speaker and corporate trainer. Send your mails to him via [email protected]