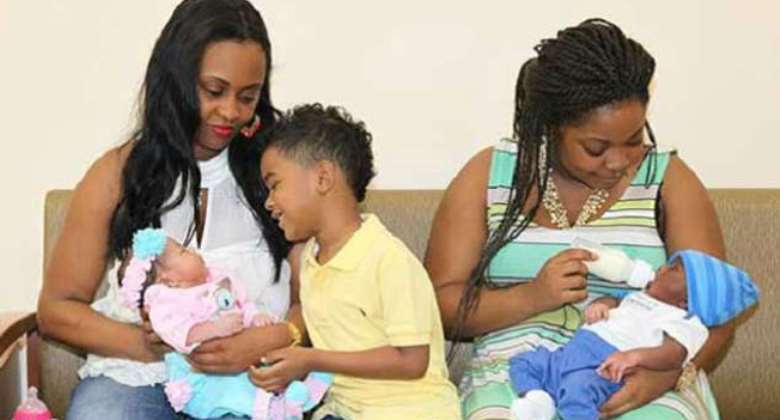 Mother and daughter with same man

A South African woman, Mildred Mashego, and her daughter Patricia, have entered the record books as the first mother and daughter to give birth to their babies in the same month and for the same man.

Pulse reports that 38-year-old Mashego was already pregnant when she found out that her 19-year-old daughter was also pregnant, and the two were due just a few days apart.

It is hard to describe the woman's shock when it turned that the man responsible for her daughter's condition was the same man who was going to be the father of her child, Vincent Malumane.

Both women delivered bouncing baby boys: Patricia was the first, with her mother following suit four days after.

The ladykiller Vincent Malumane admitted that he secretly had sexual relationships with the mother and the daughter.

'I cannot go back now and explain what happened. All we have to do is focus on making sure that the children are properly cared for,' he said.