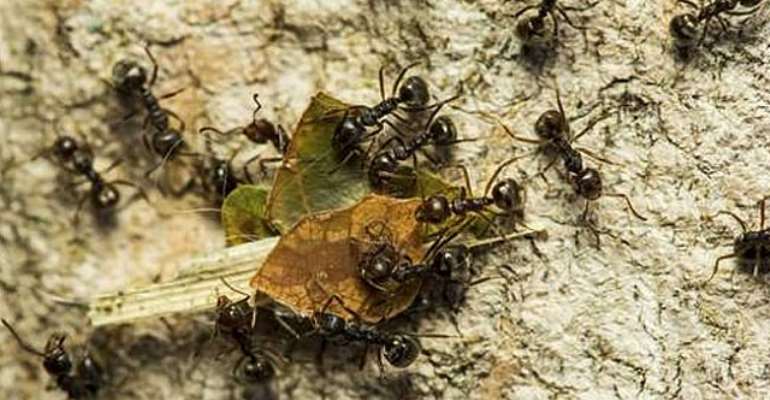 A man thought he had come up with a cunning method for getting rid of ants – only to see his house go up in flames.

The unnamed resident doused the nest with petrol and set fire to it in his garden in Bramley, Rotherham, South Yorkshire, on Thursday night.

But he was quickly forced to dial 999 when the flames engulfed his hedge and spread to his house.

The incident follows a similar blaze this week in Bridgend, South Wales, when a man managed to start a house fire by trying to kill a spider with an aerosol can.

A spokesman for South Yorkshire Fire and Rescue said: “The resident set light to the petrol, but the resulting fire spread to a garden hedge which burnt fiercely, melting plastic guttering, a plastic window frame and a garden chair.

“We always tell people never to use petrol or other accelerants to 'get a fire going', but using petrol to eliminate an ants nest has to be a first for us.

“The incident is a classic example of how even a small fire can so quickly develop into a much more serious incident.”

On Tuesday, firefighters were called to a house in Kenfig Hill, Bridgend, after smoke was spotted billowing from a window.

They were stunned to discover the blaze was started when a man sprayed a spider with an aerosol and then set fire to it.