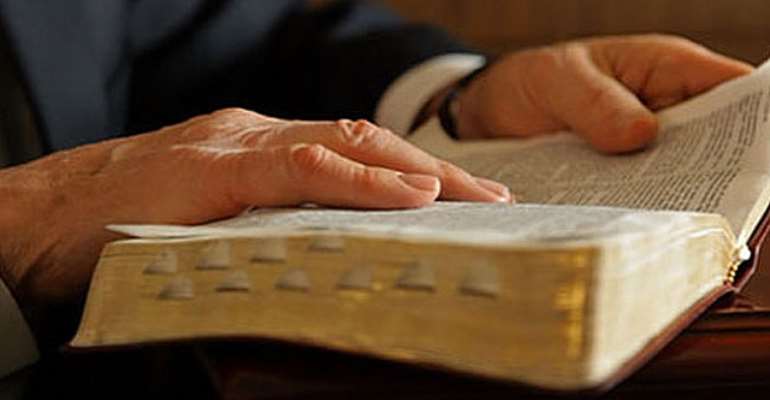 God calls and anoints certain individuals for the sake of people's destinies; for the preservation of their destinies. It was by a prophet that God brought Israel out of Egypt, out of slavery, poverty and oppression. Israel had been in slavery for generations until God called one person – Moses – and put His word in his mouth and put His power on his life for the deliverance of a whole nation. Jesus acknowledged that the power and anointing upon His life was for the sake of the people (Luke 4: 18-19). When God calls a person and puts His grace upon the person's life, it is not for the sake of that particular individual; rather it is for the profit of all (1 Corinthians 12:7).  While Saul and his father's servants were looking for lost donkeys, one of the servants suggested that they should go to Samuel to enquire. That one encounter with the prophet Samuel altered Saul's life completely (1 Samuel 9: 6). When God calls a person, He always backs the person up. Any genuinely called person does not speak his own words. Neither does he do his own thing (1 Kings 17). A messenger is not the originator of the message. He is carrying someone else's message but he says it exactly he is instructed and then the sender is bound to honour his word. God is bound to honour His word spoken through His prophets because He cannot lie.

When one is genuinely called by God, the person will be sustained by God. The resources that the person will use will not be dependent on man. No genuinely called person would be a beggar; that is a misrepresentation of God. Elijah was supernaturally sustained in the famine. When the brook dried up, he was commanded to move to Zarephath where a widow had been commanded to feed him there. He was instructed to go to Zarephath for the sake of the widow (Isaiah 46: 9-11). When you are genuinely called by God, there will be supernatural confirmation of God's calling on your life (Numbers 17). God's calling on a man's life cannot be bought (John 3:27). God chooses whom He calls and sometimes the carrier is not perfect and has made mistakes. The calling of God is a function of mercy (James 1:17). God does not look at human parameters when He calls a person. When Jesus calls you, He calls you into a higher assignment (Matthew 4:19).

When you come across someone you sense has been positioned by God for your sake, how do you get the grace to work for you? Believe the word of God. Anyone who got a miracle through the ministry of a prophet in the Bible, did so because they believed in and obeyed whom God had sent (John 6:28-29; 2 Chronicles 20: 20). This year, purpose to find out and follow God's instructions.

Prayer point: O' Lord my father don't allow me to despise the instruction of the prophet you have ordained for my lifting.

Latest Photo Reports
Catch up with all the political quotes from our politicians.
Advertise here
More Spirituality & Religion
ModernGhana Links
"My father was Muslim, my mum was Christian" — Wizkid shares life story
Akuapem Poloo and the majority Lukewarm church of Ghana
Why We Ask And Don't Get From God
Hope In His Rise... Thank God I'm Born Again
Happy Easter In The Times Of Coronavirus
Prodigal Daughter Returns
Poetry: The Church Needs To Shepherd Even The Hurt Sheep
Merry Christmas
You Are Not A Christian Not To Suffer [Part 2]
TOP STORIES