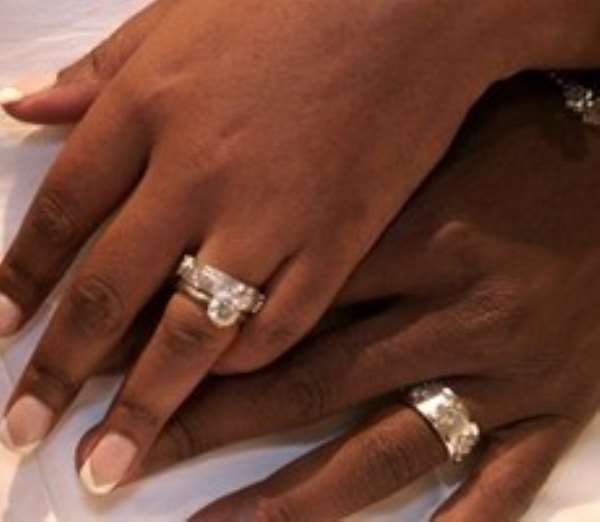 Here's my favorite piece of dialogue from the movie MOONSTRUCK; the adult, once-widowed daughter is telling her mother that she intends to marry again:

Rose: Do you love him, Loretta?
Loretta Castorini: No.
Rose: Good.
[She looks at Cosmo]
Rose: When you love them they drive you crazy because they know they can.

A woman like Loretta or, hurt by an earlier sense of abandonment or loss, might be driven to find a new man who she believes will never leave her. Psychologists refer to man in this arrangement as a “second-choice husband.” The “second-choice husband” is a sort of consolation prize awarded to—or seized by — a woman who cannot win the man she truly or originally desired. The second-choice husband is a stand-in, a substitution for the “real thing.”

“In this pattern,” explain researchers, “The wife lived an adventurous, sexually free life while single. Then, for some reason, perhaps pregnancy of an unhappy love affair, she lowers her sights to select a sturdy, responsible, dependable husband, who is probably thought physically unattractive.”

She will therefore choose a man who is less than attractive or less than charming in order to feel as if he couldn't “do better” than her. This quiet, passive and unusually kindly man is meant to stick around since everyone knows he doesn't really “deserve” his attractive, vibrant and lively wife. The marriage is based on her acceptance of this man as a sort of talisman against greater pain.

Scarlett O'Hara's first marriage to Charles Hamilton in Gone With the Wind. This union—the Southerns will pardon the expression—is the paradigm of a woman's deciding to marry a “second-choice” husband. Scarlett's behavior fits the pattern described above perfectly. Scarlett, the impetuous, impatient, and passionate young woman she is, has just declared her undying love to longtime family friend, Ashely Wilkes.

Wilkes, a gentleman of the old school, knows that he and Scarlett are mismatched, however attracted to each other as they might be. Ashley gently explains to Scarlett that he is engaged to Melanie, and they must never speak of love again. Scarlett is infuriated, slaps Ashley, and smashes a piece of china against a wall. She then runs out of the room and accepts Charles Hamilton's proposal of marriage.

Author Margaret Mitchell makes it clear that Scarlett is in no way attracted to Charles Hamilton, whom she considers unworthy of even the usual run-of-the-mill teasing. Instead, Scarlett wants to prove a point to herself and to everyone around her by marrying immediately after being rejected by the man of her dreams.

Scarlett tells herself “And if I married [Charles Hamilton] right away, it would show Ashley that I didn't care a rap—that I was only flirting with him.” Wanting to reassure herself of her attractiveness, and longing for both self-control and revenge, Scarlett regards her future husband with calculated clarity, with a “coolness” which indicates Scarlett's unwillingness to make herself vulnerable emotionally. “A frost lay over all her emotions and she thought that she would never feel anything warmly again,” Mitchell tell us.

Scarlett considers the proposal from wealthy, unencumbered Hamilton, (who is about to leave for the war anyway), and thinks “Why not take this pretty, flushed boy? He was as good as anyone and she didn't care. No, she could never care for anything again, not if she lived to be ninety.” Of course, we know that Scarlett is misjudging herself here, and lives to regret her marriage. In this, too, she is like many women who decide to marry a “second-choice husband.”

According to researchers, the strategy often backfires. “The wife is pretty, impulsive, competitive with other women, and not very sexually interested in her husband,” argue psychologists. When one partner is more attractive or sexually motivated than another, obviously the relationship becomes unstable. The woman who makes such a choice is hedging her bets, and basing her choice on fear, not love. They come to resent their mates, and heap upon them their own feelings of inadequacy, self-punishment and rage. Resentment will, in some cases, turn not only into contempt, but into hatred.

“On Women Who Hate Their Husbands,” a paper originally read at the New Orleans Psychoanalytic Society, dealt with the phenomena of women who married in order to “play it safe.” Discussing patients who married “second-choice husbands,” Dr. David Freedman argues that in each case the woman's “choice of mate had been based on the specific defect of her own ego system implied by inability to see herself as a person of sufficient potential significance and ability to hold a man she really admired.”

In effect, the women in question believed that they were not worthy of fully desirable husbands, and so chose mildly undesirable men instead. “She had chosen someone who combined the contradictory, but for her safe, qualities of substantial but not outstanding ability in his own professional sphere, and a passive, dependent, and placatory orientation to the significant female in his life.” But this proved to make such women dreadfully unhappy because “Rather than satisfying, the relationship proved inevitably to be fraught with anxiety and frustration.”

I knew one woman who, having resigned herself to marring a “second-choice husband,” then made a career out of belittling any sign of happiness between two other people. “Those love-birds are headed for a fall,” she'd cluck over any new couple, palpably longing for disaster. She couldn't stand the idea that anyone might actually have a relationship based on passion, fun, or even simply the promise of an equal match between the partners.

When her daughter wanted to marry an interesting, handsome and devoted man, this woman was torn. She wanted her daughter to be happy, of course. But, on some level, she was also tormented by seeing her own compromised and diluted life pale in comparison to the promise held by daughter's union.

If this was playing it safe, I thought to myself, I can't abide the payoff.

To marry a man simply because he seems a “safe bet” is cheating: it cheats the woman out of actually working through towards a real understanding of herself and what she needs, and it cheats a man out of being the real love-object for a woman who believes he is the best man she could find.