Buried in the past: My worst dating experience 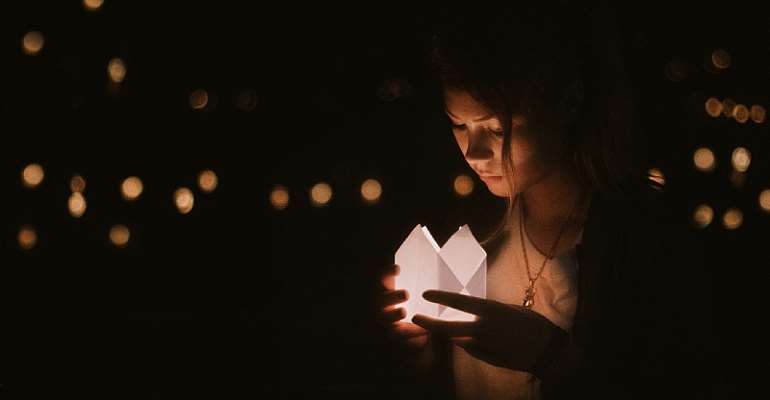 I had made an excuse for him. I criticized the waitress for wearing a low-cut blouse knowing how large the boobs were. I had excused his lust for decency.

Tunde is the lead vocalist in church. When he leads, the heavens come down, people confess their sins, they shed tears, some testified that they felt the hand of God during the song ministration. He is a lover of God, or so I thought.

When he asked me to be his girlfriend, I was happy, I've had a crush on him for a long time. He was everything a woman wanted in one man. So I agreed on the condition that there will be no premarital sex. Not because I was a saint, but because I had decided to embrace abstinence so that I could have a clear head in whatever relationship I got into ever again. My head before my heart.

His response made me feel stupid. Why wouldn't I? We are talking about a leader in the church here. He told me I was God's gift to him because that was what he asked God for, a woman whose principles aligned with his. No premarital sex.

Two months into our relationship felt like two days. Everybody admired us. I was the centre of envy among some ladies in the church who also had an eye for him.

Everything was fine except that Tunde had started pleading that we made out a little. No penetration. Just some touching here and there. His pleas were beginning to get to me. He begged and in his words, he needed release because his tank was full. He begged that it was his attraction for me that caused it.

I felt sorry for him at first, I loved him and I hated that he was in pain. I could have obliged but one of us needed to be strong for the other. It was just a temptation that comes with abstinence. It will soon pass.

It didn't pass. It became stronger with time, I began to give excuses each time he asked that I come to visit him, I began to prefer the outings more, which never ended well anymore because he always went home angry since I did not agree to go home with him.

We had made plans to get married since he proposed to me. Why couldn't he just wait a little longer? Our relationship was strained.

The rumours began,
The 180 degrees look he did when a lady passed us,
The lustful look,
I saw them all, love can't be that blind. Can it?
On this particular day, I needed no prophet to conduct deliverance on me. Reality dawned on me.

He was wild, very wild and scary. His handsome face was no more, what I saw was a beast. I was scared. He tore my clothes, it first began with a slap, then the beatings, I tried to fight him, oh! I did. But he was strong. Too strong for me. He was going to rape me.

My body began to shake vigorously, someone was shaking me, the person was calling my name, yes, someone was coming to my rescue. My name was becoming louder and louder. I gave Tunde a smirk, it was painful, but I needed to give him an expression that said it all- I will be safe.

As I began to recognise the voice, my eyes began to open. I heaved a sigh of relief. It was Tobi, my younger brother. What was he doing here, at Tunde's place? By now, my eyes were fully opened. This hadn't been real. It was all happening in my dreams. Tunde was locked away in my dreams. That is where he belongs.

As I sat and pondered on why such a dream came to me. It occurred to me that my friend, Sisi's story about how she was raped by a supposed christian brother, her fiance, was what replayed in my dreams.

It may have happened in my dream but it was real to someone else. This is Sisi's story.

Yours in writing,
Onwuchekwa Udeme.

Ramadan: Be mindful of COVID-19 – Bawumia advise Muslims
26 minutes ago