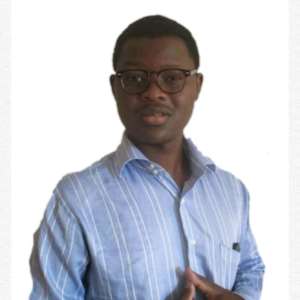 Women lately have been influenced by modernization they see in different environments and on Television Series they watch and will want to have a feel of such an opportunity in their own environment.

The Secretary for Concerned About Ghana Association (CAGA) Mr. Tuorimuo Elvis Philip has explained why Men are viewed by women as not committed to a relationship due to what they term as cheating which under the normal circumstance is referred to as having multiple female partners.

Women have outnumbered men and we know that, society has given men the nod to do the approaching and women to have the final say, men have varied sexual urges, some can have sex daily others give an interval of a week or two due to the rate of semen and sperm production in the testicles, some men have a slow semen production in the testicles which gives them space but others have a fast semen and sperm production in the testicles, these types of men can have sex thrice in a day and still yearn for it so if such men have a girlfriend who has the low urge for sex he or she is compelled to cheat in order to reduce the urge but once he gets that satisfaction, the urge goes down and he is fine. Secondly, Men cheat when they feel they are not appreciated in a relationship, they look for appreciation elsewhere and when they get it they cheat, which means women are the reason men cheat.

Thirdly, men cheat when it's learned from a parent, most children pick up certain traits from parents they see as role models, once they grow to realise their parent has multiple girlfriends, they see it as achievement and try to set the records their parent have set. It's not advisable to carry out certain traits in front of children.

Finally, Men cheat when they have friends in that line, most men do things to impress peer groups they find themselves with, a sense of belonging, once you isolate yourself you become the odd one so most men in order not to be called the dull type amongst friends are compelled to learn the cheating skills in order to fit in the camp of men, this influence is more in developed cities.

Women are many, the more reason why men change them, it's like having more clothes or cars available, you change from time to time but if you have only one shirt or car available then you'll maintain it, So availability is the problem. The ratio of men to women is the factor, if men will stick to one woman, some women will do worse things or even kill to get boyfriends or husbands and that will be a war of women to get men, but now it's in a form of sharing; give me a bit of what you have to satisfy my desire.

The Secretary concluded by advising women to be calm on men because if all men should go by the policy of one man one wife it won't set well, the issue is from the ratio of men to women which is born from nature, we can't challenge nature. A man can father twenty children in a year but a woman can't.

Mr. Tuorimuo Elvis Philip is an Entrepreneur and Researcher into Social Issues.