The Identity Crisis Of Skin Bleaching 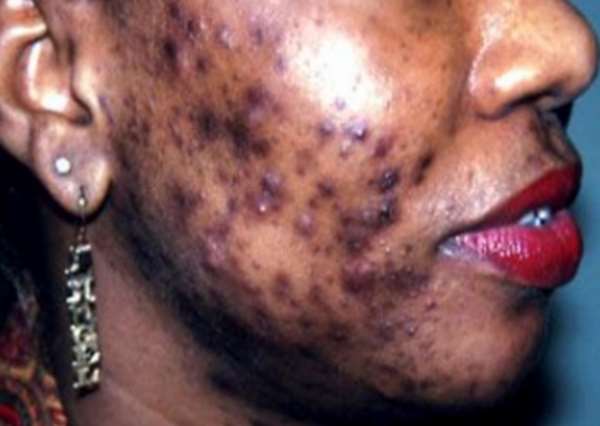 “And the angel of the LORD appeared unto him, and said unto him, The LORD is with thee, thou mighty man of valor.”― Judges 6:12

A person who knows who he is can never be deceived. When a man knows who and what he is not, he doesn’t fall for anything because the confidence in his identity directs his choices and decisions. When people don’t know who they are, they settle for anything― oftentimes, what is below their standard!

When colonialists want to take over a people, the first thing they seek to destroy is the identity of those people. They rob them of their identity through what they constantly feed them with. They make them hate who they are. They detest everything they have and idolize anything from these masters. If the identity of a people is destroyed, they become utterly vulnerable. The most vulnerable people are not the poor. It is those with lost identity.

When we lose our identity, we assume there’s everything wrong with what we have… and everything right with what others have. We want to own what they have even if it is substandard and costs an arm and leg. Little wonder we are struggling as a people to patronize what we produce. When one loses their identity, it is hard to appreciate anything they ever have. They look down on themselves and, in return, look up to others.

There’s an interesting story in the book of Judges about how the Israelites were being terrorized by the Midianites. After launching a series of attacks on them, these Israelites lost their identity. They didn’t know who they were. They had no idea of their capabilities anymore. When we lose our identity, we are not even able to achieve as much as we ought to.

One of them, Gideon, screamed in awe when he was referred to as a “mighty man” by an angel. He reminded the deity, “My clan is the weakest in Manasseh and I am the least in my family.” When all was said and done, he was the same person who led the people out of bondage!

Skin bleaching is a reminder of the extent people can go to destroy themselves by their choices and decisions when they have little confidence in their identity. When they don’t know who they are, they are ashamed of their skin. They fear to admit their roots and would do anything to uproot these roots.

“If only my skin was a bit lighter, people may appreciate me better,” some assume. “If only I could be a little fairer, I would have been more beautiful,” they think. The multi-million dollar question every dark-skinned human should ask themselves is, “Who am I and why was I born with this color of skin?”

When people have little confidence in their identity, no matter how poor they are, they can afford expensive lifestyles that can make them look like another. Skin bleaching is one of such lifestyles. It is not surprising, thus, to see people who can barely fend for themselves have enough to buy skin bleaching creams. Identity crisis gone bad!

The skin bleaching industry is a big one. Many are actually feeding off the identity crisis of others. If you don’t know who you are, others will make a fortune from your ignorance. According to The Guardian, “In 2017, the global skin-lightening industry was worth $4.8bn (£3.4bn) and it is projected to grow to $8.9bn by 2027, fuelled by a growing middle class in the Asia-Pacific region.”

When you see people going through hell to peel off their skins to look like another, it all points to how deadly identity crisis could be. When they think the only way to be accepted is to have another man’s skin color, they will do anything to get such… and damn the consequences!

There was recently a trending video of a young woman who was apparently bleaching using a new method. Sleeping in a chemical solution-filled bathtub, her dark skin gradually flaked off and revealed the lighter one beneath. The scary video pointed to what extent people are willing to go just to be identified with others. They forget that no matter how much the crow wants to its skin… but what is inside of it.

It is only when the crow doesn’t know its place that it would always want to look like a dove. When a crow doesn’t know its essence, it looks down on its presence. When we don’t know the power in the inside of us, we blame our skin for our woes. It is only when we don’t know who we are that we assume our skin is the reason we never progressed in life.

Like Gideon, we live all our lives in penury when we lose sight of our identity. We may be mighty men and women but in reality, we will be living in bondage. When we don’t know our identity, we become slaves to our slaves!

Polish your skill, not your skin. If you know who you are, you will know that you don’t need a fairer skin to climb up life’s ladder. What matters is what is inside of you― your skills. What matters is the problems you can solve.

Let’s teach people to KNOW who they are. Let’s teach them to appreciate their identity. There’s nothing wrong with being black because that is who they are. Everyone ought to know that they are where they are not because of their skin… but skills.

If you meet anyone who has bleached, ask them that big question, “Do you know there’s might in your dark skin!?”

Kobina Ansah is a Ghanaian playwright and Chief Scribe of Scribe Communications ( www.scribecommltd.com ), an Accra-based writing firm. His new play this 2020 is “Emergency Wedding”.