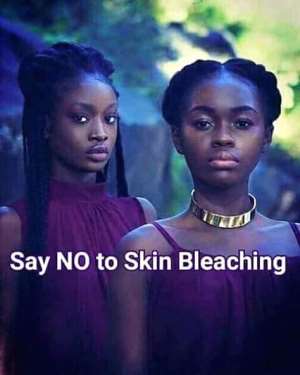 Dear Black Woman,
I will never give audience to a woman who bleaches her skin to impress men.

An African women is as pure as finest gem in her natural form.

Blackness in an African woman is a symbol of beauty beyond measure.

Chocolate women have many times left me in awe.
Because am an African man who loves natural beauty.

What is the value of a woman who has no respect for herself?

Even if you drag her to the market and try to sell her no one would buy her!

A woman without character is worthless like salt without taste no wonder she doesn't hold for long with any man no matter how humble and persevering such a man might be,

He will marry him during the day and divorce him tomorrow!

Now that you have learnt how priceless character is oh dear African women,do not value money more than character for not even money can salvage a broken character!