Drawing The Line Between Motherly Role And Career 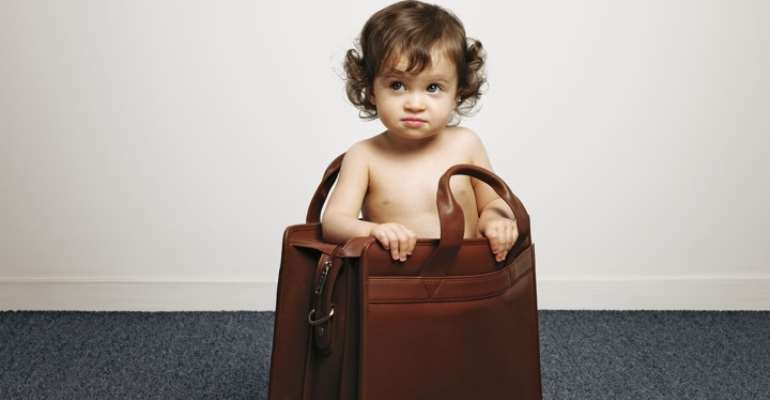 If you are a female do you plan to work after your children are born? Or do you plan no to have children? If you are a male how do you feel about having your wife works after you become parents? People begin to wonder how different was a child whose parents were there for him at home and that of a child whose parents were busy at work? Before now, a conviction widely held until recently was that children whose mothers worked outside the home suffered a lack of attention.

Rene Splitz and his colleagues directed an examination of children in 1940. His research was done exclusively on hospitalized children whose lives were much more disrupted than those of other children. As per his research, children in hospitals and orphanages did not develop as well as other children, despite the provision of good hospital care from the staff. He anyway concluded that the children suffered maternal deprivation and therefore denied a healthy normal childhood. The inverse of this philosophy was what was later alluded to as “maternal-infant bond” by British psychologist Bowlby.

There have been vast studied that reveal the special biological qualities that moms have in providing emotional, physical and psychological needs for the child. Truth be told, this becomes a lot demanding with the father by her side.

A newborn child requires from the mother a consistent, stable condition with love, affection, physical and intellectual stimulations present for the child’s proper growth and development. Indeed, there are a few kinds of research that don't concur with the conviction that such consideration ought to be given from on the biological mother. In other words, the home may not be the proper place for all women to provide these necessities for their children. Well, this is because some women are just career women. They wouldn't remain in the home for anything as they are centered around their work more than whatever unfolds in the home, subsequently the reception of day care services or babysitters at home. These categories of women may cause their children to experience the ill effects of the absence of a maternal-child bond. You realize that they begin to search for that prospective bond with other women who come close to them. One may wonder, what if the father is in the position to babysit? Men are normally not worked for that and bringing up their children all alone may have its distinctive result. Recent work by Alice Rossi was also of the view that there may be differences in how easily each sex learns a certain kind of nurturing behavior.

This is where the traditional law of parenthood is drawn. No one is stating being a career woman and having kids is a mistake, but one needs to consider the odds as it is important the child grows up with that mother bond present else it's gonna be a whole lot worse when that bond isn’t sorted out from the scratch.

Most at times, it’s not as though these women just want to be workaholics. Think of single parents? Where do you expect them to get monies to take care of their children? The monetary weight and economic pressure in the public eye today has driven numerous women to offices just to make ends meet. With this prevalent challenge, why would women prefer to remain full-time home workers? Women, not just women, but mothers are compelled to go to work to bring home the bacon.

This presents the concert problem… who will take care of the children when their parents are away at work? Can these caretakers be trusted ? How do you plan to correct the results that may erupt when the child is not given the full attention of the parents? These are issues parents must think about and find solutions to.

I Expect Obuasi Mine To Bring Communities Out Of Poverty – A...
32 minutes ago