The Best Way To Apply Cologne Without Over Doing It 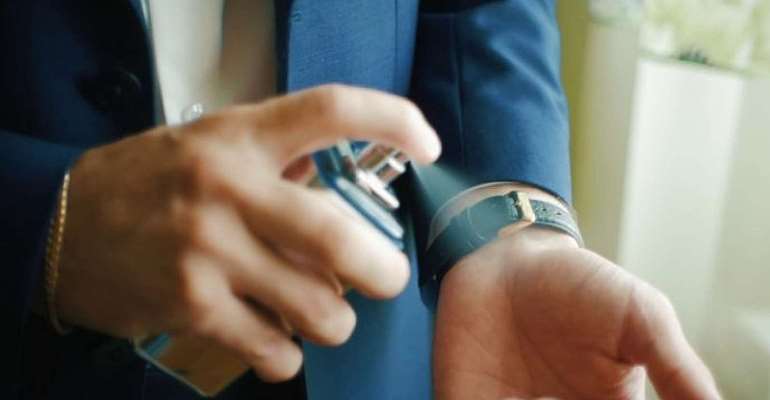 Deodorants, body sprays, and most commonly, cologne all work together to combat odor. When applied way too heavily, though, cologne can actually end up being worse than foul odor itself. We do a lot of things to smell better.

Deodorants, body sprays, and most commonly, cologne all work together to combat odor. When applied way too heavily, though, cologne can actually end up being worse than foul odor itself.

How? Well, heavily-applied colognes or perfumes can lead to coughing, trouble breathing, headaches, or nausea. Often, the trouble stems from wearing way too much cologne in the first place.

According to the NPD Group, most men are shopping for long-lasting colognes that can be worn every day as well as on special occasions. Even more importantly, though, it's reported that men are looking for colognes their partners approve of.

Here's what your partner does not approve of: smelling your cologne so heavily that it feels like they're being choked. In a 2016 survey, Vogue.com found that too much cologne was reason enough for a breakup.

Luckily, there are strategies for how to apply cologne and how to know when you've gone overboard, so you won't have to worry about ending up smelly and alone. How much cologne should you spray?

Spoiler: it's probably a lot less than you'd think.

According to the majority of r/AskReddit commenters, it should never be more than two.

The Wall Street Journal is in agreement. The Journal reports that you should "stick to two" spritzes, "one on the neck and the other in the center of your shirt." Those points are chosen based on where you're likely to perspire.

Similarly, Lifehacker recommends that you "apply cologne or perfume on your wrists and rub it in, and maybe apply any excess behind your ears" How do you know when you've sprayed too much cologne?

You'll know you've gone overboard when you can smell yourself coming from a mile away and/or your friends' eyes water when you enter the room.

And if those two things don't work, Lifehacker also recommends a helpful strategy to see if you've gone way too heavy with the musk.

The site recommends spritzing your cologne (depending on how strong it is) while a friend is arm's length away. With each spritz, ask the friend if they can smell you. If they can't smell you from arm's length, you could use another spritz. If they can, skip the sprays. You've done enough.

Be strong — Isaac Adongo consoles Bawumia with a cow for mot...
48 minutes ago