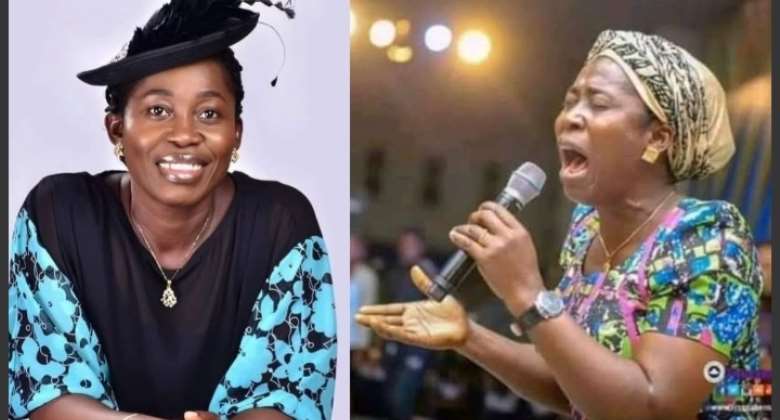 Gospel Singer Osinachi Nwachukwu was martyred by a wicked husband; she accepted martyrdom to free Christian women from oppressive, repressive and wicked husbands.

For long, church women in Nigeria including Pastors, Bishops, General Overseers wives have been oppressed, dehumanized, brutalized and some I know have died in the process due to maltreatment by their ‘Men of God’ husbands. Osinachi Nwachukwu’s case is not an isolated case.

I cannot recount many wives of pastors I have counseled over time, since joining ministry close to three decades ago. I cannot recount many pastors I have had time to rebuke, including friends and colleagues, on account of tumultuous relationships with their wives. I have conducted burial or attended burial for a few whose lives were so snuffed out untimely, therefore Osinachi Nwchukwu’s death is not an exception.

The church has been built on lots of hypocrisy. Lots of lies, lots of exaggeration of the Wonders of God abound, to the point that the congregation is prevented from taking responsibility for their lives. Again, Osinachi Nwachukwu’s case is not isolation.

Dr Paul Enenche knows that there is a beast called a husband who is maltreating a most virtuous lead singer in his church. This beast is also a pastor whom she erroneously married ‘In The Name of the Lord’

I was told three years ago, during the maiden Gospel Ministers Conference of Dunamis International Gospel Centre, in that Osinachi Nwchukwu’s marriage is under stress. I was told later that Pastor Enenche has tried to reconcile the couple, but the reconciliation is still shaky. This information I got three years ago from reliable pastors within the system. I was also told that Dr Enenche repeatedly told the late singer to believe that ‘God will intervene someday’.

God actually intervened someday, and took Osinachi Nwachukwu to heaven. The first section of my treatise has ended, and the second aspect begins

“Paul Enenche, the founder of Dunamis International Gospel Centre, Abuja has exhibited tendencies which clearly certify him as an apostle on assignment to help people discover, rediscover and recover their destinies”. However, in this case, a destiny he helped discover and nurture was snuffed out by another man in the same church. May God give him grace at this trying time.

Osinachi Nwachukwu was not fully encouraged to leave the bestial house. She was encouraged to stay on and Hope for God’s Intervention. God has intervened and she is now dead.

Osinachi Nwchukwu paid the Supreme Price for many Christian and Church Women, including Pastors, Bishops wives who are living in marital bondage of domestic violence, to break free into freedom .Osinachi died a Saint in the mould of Rev Fr Iwene Tansi, Pastor Afe Babalola, Pa Akindewunmi, and Rev JMJ Emesin.

Rev Fr Iwene Tansi from Aguleri, is the first Catholic Priest in Nigeria to be on the road to official sainthood in the order of the Catholic Church.

Fr Tansi was ordained a priest of the Catholic Church in 1937, but instead shunned the prestigious priesthood luxury life of then, and as a priest preferred to be identified with the poor. He fought against the oppression and maltreatment of women in Igboland, and lived in mud houses instead of well laid Parish Houses. He contributed immensely to the rooting of the Catholic Church in Igbo lands and converted millions to Christianity even across Niger. When it was nearing time for him to succeed the then Bishop, he left for Mount St Bernard Monastery in England in 1950, lived a monk, prayed for the growth of the church in Nigeria until he died in 1964. Today, he is being revered as Blessed by Catholic Faithful’s.

Pastor Joseph Babalola was one of the three founders of Christ Apostolic Church. This man from Odo Awa in Kwara State , was baptized an Anglican before venturing into evangelistic expeditions with massive healing and miraculous tendencies. He is reputed to have turned many fetish villages to Christ at a time when it takes courage to challenge occultic and ritualistic tendencies. He lived exceptional holy life but had a wife who openly repudiated, maltreated and mocked him. He bore all these for the sake of the gospel, and left a legacy of Christian tenacity, prayer and sacrifice. He died in 1959, and unlike many Pentecostal churches that dies with the founders, CAC has continued to grow till date.

Pa Josiah Akindayomi is the founder of The Glory of God Fellowship, which later changed name to The Redeemed Christian Church of God RCCG, the largest Pentecostal church worldwide. Pa Akindayomi transformed from Anglican Church to Cherubim and Seraphim before God told him to start a new church, and scribbled the name of the church for him. Pa Akindayomi, despite pressures, followed the voice of God and handed the leadership of his church to Pastor Enoch Adeboye, despite temptations to retain it in his family. Today he is revered among Pentecostals and Ebvangelicals as a saint. He died in 1980.

Rev JMJ Emesin is the Father of Igbo Pentecostal, Revivalist and Evangelistic Movement. Until his death on December 7, 2015, Rev Dr Emesin trained about eighty percent of notable gospel ministers from the South East before and after the civil war and his input was instrumental to the famous Pentecostal Revival which broke out in Igbo lands in the early seventies when preaching with Bible was a taboo in the area. This Pentecostal revival later spread to Lagos and environs. Rev Dr Emesin was the rallying point of the young generation of vibrant, tongue talking young men and women who abandoned the world and sought for Jesus as though there will be rapture the next day. During his burial in 2015, over 56 Bishops and thousands of clerics were there to pay last respect to the saint.

Osinchi Nwachukwu has joined the fray. She knew that death was coming. Any saint about to die will have a hint. Death does not take them unawares. She forgave the evil husband who maltreated her for many years, prayed for her church, followers and brethren and gave up the ghost.

For many days, I have been seeing her Spirit in a State of Peace. I still Saw Her Yesterday Smiling, Happy that She Has Made it to Heaven. Happy that She Has Escaped This Wicked, Deceitful World, into the Realms of Glory. Somehow, her smiling Spirit is still hovering, sending coded message to loved ones from the realms of glory. I will not reveal more than this. Since I started seeing her in that realm of peace and glory, I have ceased to be angry at her demise. I had the understanding that a martyr had gone home.

The blood of Martyrs had always led to the deliverance of people all through church history. The death of Osinachi has become a fertilizing blood to free millions of Christian Women and Church Women from abusive, domestic marriage. Today they have a voice, their ordeal is appreciated, and public sympathy will stop many bestial men from taking their craft too far.

Therefore, there is no more excuse for any Christian Woman to continue in domestic violence. The Answer is Here! The Heaven is Open! Freedom has Come! Heaven is Open to Deliver Anyone, Especially Church Women who are under bondage!

However, women under domestic violence should still enquire from God on steps to take in their respective individual cases, and follow the promptings of the Spirit. If the Spirit Say ‘Stay on’ then there is assurance of resolution. If the Spirit of God says ‘Flee’, let no ‘Man of God’ goad you to stay on.

The blood of a martyr and saint, Osinachi Nwachukwu, has been spilled; no Christian Woman is entitled to remain under the clutches of domestic violence. Rev Obinna Akukwe is asking all oppressed Christian women to make use of this opportunity of a soul that offered to die to help others, and ask God for freedom from individual cases of domestic violence.

Latest Photo Reports
Catch up with all the political quotes from our politicians.
Advertise here
More from Opinion
ModernGhana Links
Ghana Must Honor Her Heroes
The Critic's NoteBook: The resurrection of VGMA
After Grammy Loss, What Next For Wizkid?
TOP STORIES