Wiyala Should be Celebrated as a Strategic National Asset. 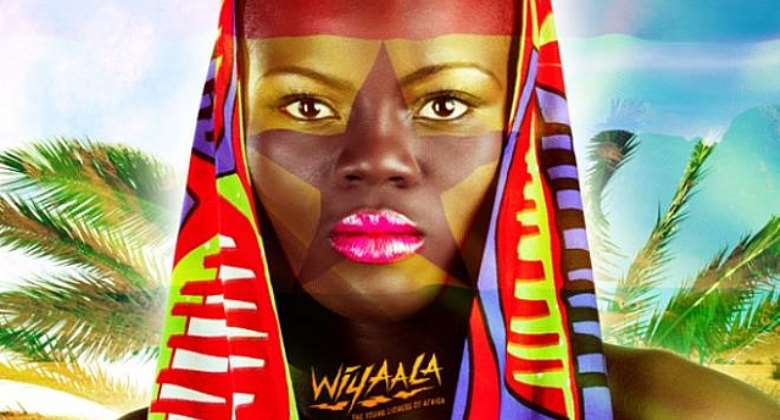 Its trite knowledge that some people are born gifted while others are not born with any talent but build it over time. Wiyaala is the definition of raw talent. For a young girl to have sprung from the farthest reaches of Ghana in Funsi, in the Wa East District and shooting to national & International stardom defying all odds all in her early 30's is no mean a feat & deserves all the celebrations and recognition this country can offer.

Wiyaala is the single biggest ambassador projecting not only the Ghanaian National image but Africa as well as her roots. She has never shun from portraying who she is & what she represents. She is an embodiment of our ancestral-cultural heritage and epitome of African identity & Grace. Honestly, she is a strategic asset that has been projecting the potential of Ghana & Africa like her predecessors before her.

I dare say that this brilliant Sisaala female artiste with the most powerful vocals, the like never seen before, is the biggest musical export the nation has ever seen. She has represented Ghana on international platforms more than any other artiste as far as the musical history of this country is concerned and she has not even hit her late 30's yet. Her achievements and successes are clear testament of her versatility, originality & genius of an artist & she hasn't even scratched the surface yet. She has several international laurels & awards to her name and still remains humble.

As far as female artists are concerned, Wiyaala, the lioness of Africa, is a leader in the arts and entertainment in Africa promoting & preserving African traditional songs, culture and narratives like Angeligue Kidjoe while stating forcefully & fearlessly the pivotal role of women as the center of the Africanity; That feminity is strength, valor, genius, versatility & not weakness. Her contributions to creating direct and indirect jobs and foreign direct investments into the country is something that economist should consider and study how that can be applied to raise more revenue for the country.

As has always been since antiquity, the strength of powerful women in the African society in positions of power are manifested in their Humanitarian, Philanthropic & Educational role they play. Wiyaala has demonstrated all of these and more in her quest to empower girl children through education, to stop girl child marriages, to also empower them & help them unearth their God given talents through the Wiyaala cultural center at Funsi in her home town, Ghana, West Africa.

She has broken all odds to be where she is today & proving to be an amazing role model for girls all over the world especially in her homestead giving them a reason to dream as well as chase their dreams, impacting & changing lives through her craft and empowering young girls to believe in the possibility of becoming powerful figures in society.

while at that "the lioness of Africa" is also building other artistes around her in Ghana & abroad and also giving opportunities to others through collaborations and projects because she is a firm believer of empowering others. Teach them how to fish and not give them fish especially the young girl child who she believes are vulnerable and are at the mercy of preying eyes of men yet she is not even given the required attention talkless of celebrating/honouring her. She is an NGO on her own.

It is sad how much this powerful figure's role is underestimated, her talent undervalued & her contributions not given the required recognition & attention. She has courted more attention to the arts, crafts and culture of Ghana & by extension Africa through her originality & ingenuity in her music especially in her capacity to tell stories about Africa & Ghana and her hometown in the most natural, authentic way possible devoid of foreign influences evident in her dance, custume/regalia, accent and in fact her entirety.

The lioness of Africa is a unique, highly talented and powerful female African vocalist that we have seen in decades. It's a blessing she's Ghanaian, most specifically, a Sisaala from the Upper West Region of Ghana. We cannot afford to ignore this talent, brilliance, grace & the blessings that comes with her talent to the nation.

She has become all these in her early 30's and still in her apex. What else are we waiting for? To become an ancestor before we do the needful? I hope we start honouring our heroes when they are alive and not when they are dead then we pretend to organise state burials in appreciation of her talent and gift especially now that the African needs its own heroes in the effort to rewrite our own history.

Latest Photo Reports
Catch up with all the political quotes from our politicians.
Advertise here
More Opinion
ModernGhana Links
The Critic's NoteBook: The resurrection of VGMA
Gospel Singer Osinachi Nwachukwu : Martyred to free women from bondage
After Grammy Loss, What Next For Wizkid?
An Analysis of Chris Rock and Will Smith's Ordeal at the 2022 Oscars
Reagan Mends Writes: 'Blacko Would've died a hero at the 3music Awards
UTV's United Showbiz; A Great Show on the Verge of Facing a Limping Legacy - DerrickManny Writes
Throwback Thursday: The high school love factor
Kuami Eugene, KiDi storm O2 Indigo whiles Shatta Wale, Medikal storm US ; The way forward in a shaky music industry
The Future Of Ghanaian Music Is Safe In The Hands Of New School Acts Like Aligata & Co
TOP STORIES