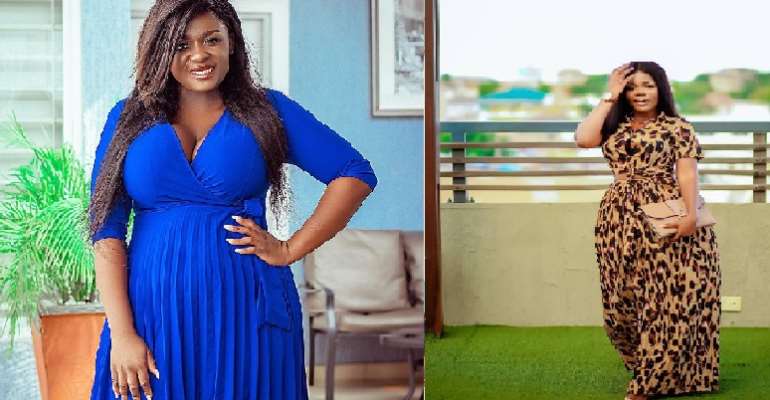 A verbal tug of war which ensued between popular musician Mzbel and a Kumawood actress called Tracey Boakye on social media on Wednesday has left many wondering why ex-President John Mahama's name is being dragged into the fray.

Detractors of the former president, who is leading the opposition National Democratic Congress (NDC) in the 2020 general election, are cynically claiming that he is the reason the women are fighting.

Yesterday, NEWS-ONE also spotted picture collages and art works of the former president with the two ladies being circulated by persons on social media. But the office of the ex-president has since not responded to the allegations as of the time of filing this report.

The fight between the two entertainers, who are both sympathisers of the NDC leading to the last general elections, started on Tuesday night.

This was after a video of an angry Tracey had gone viral on social media.

In the video, she was seen verbally attacking a certain woman.

On Wednesday, it turned out that the attacks were for Mzbel after Tracey recorded another video and mentioned her as the target of her vituperation.

From the initial stage, it was unclear what actually triggered the verbal attacks, but a subsequent video from Tracey indicated it was because of an unidentified man.

She alleged that the man has dumped Mzbel for her because she is an “old lady”, adding, “I said he dares buys anything for you again.”

Other media reports claimed the said man bought a house and cars for Tracey Boakye after she recently welcomed her second baby, and he is also Mzbel’s sponsor.

Peacefmonline alleged that the man is having secret sexual affairs with Mzbel and has bought her a plush home.

Mzbel, in her rebuttal video to Tracey, played a voice note of a lady who she said was not happy with Tracey's earlier video. Then she continued by asking Tracey to calm down.

The '16 Years' singer advised the actress not to vent her spleen on her because her baby daddy wasn't interested in her anymore. But she sarcastically took a swipe at the actress and described her as a villager who does not know when to keep mute.

Then she took time to take a tour of her house to rubbish claims by the actress that she lives in a hencoop.

On Thursday, the two women trended on Twitter as well as ex-President Mahama.