VIDEO: Opanka Narrates How He Lost 100,000k To Menzgold 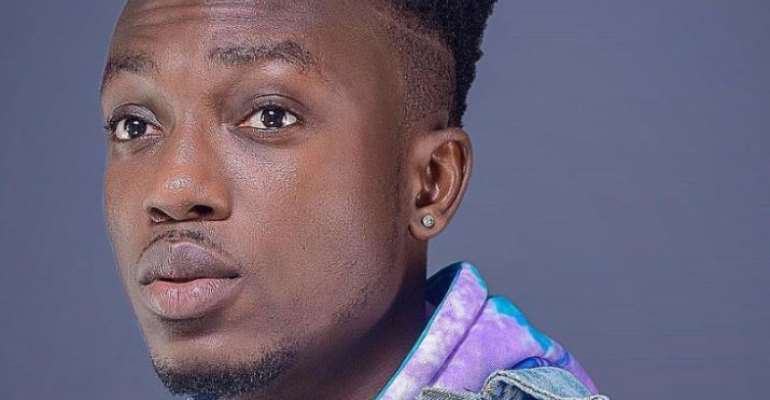 Armstrong Affum, popularly known as Dadie Opanka in the entertainment industry has through a short freestyle video posted in twitter narrated how he invested and lost GH¢100,000 to gold dealership firm Menzgold.

The Gold trading firm has been the talk of town for all the wrong reasons for the past couple of months in what has piled up to the near collapse of the company. Menzgold has failed to pay dividends to its customers for the past months following back and forth entanglement with the Bank of Ghana (BoG) and the Securities and Exchanges Commission (SEC).

BoG and SEC stopped the firm from trading in gold whiles making the case that they do not have the clearance to do so in the country. The development has led to the inability of the firm to pay customers who have invested different sums of money in the company.

With many celebrities and big men said to have invested and lost huge sums of money to Menzgold, rapper Opanka is the latest to openly confirm his ordeal. In his freestyle video posted on his twitter page, he reveals that he borrowed money from a bank to invest in the firm before they were closed down.

“I went to take loan from the bank and invested it in Menzgold. I wanted 10% to look after my household. They just closed after I finalized my investment”, Opanka said in his freestyle.

He persistently asks the question “Nana Appiah where did I go wrong” in the over a minute video posted on the social media platform.

He also shares how a picture of President Akufo-Addo and many endorsement from celebrates on social media made him believe that the in trouble NAM1 was legit and it was safe to invest with the gold dealership firm.

‘Sputnik-V procurement contract must be re-examined’ – Kwaku...
52 minutes ago

Getting Sputnik-V vaccines from black market using middlemen...
52 minutes ago