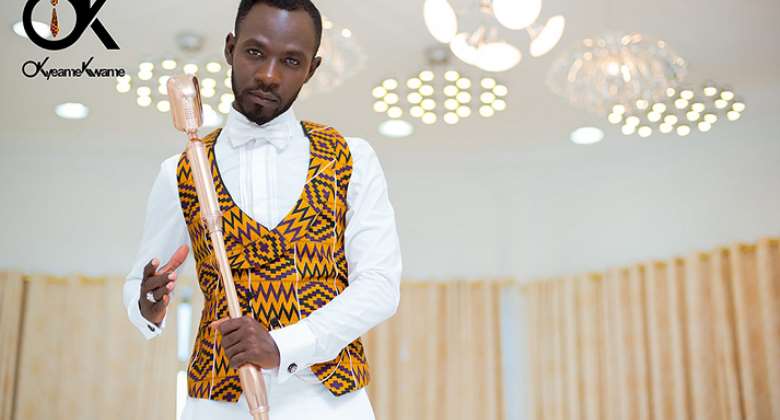 Last Friday, the Alisa Hotel in Accra came alive when some selected hiplife music icons thrilled couples and music fans at this year's edition of 'Flaunt Your Lover Night'.

The event which was organised by Okyeame Kwame and Annica, in collaboration with Alisa Hotel, attracted hundreds of couples and music lovers.

It witnessed groundbreaking performances from renowned music stars such as Kidi, Kuame Eugene, Akwaboah Jnr., Kwame Afro, among others.

The much-anticipated event saw Okyeame Kwame, the headline artiste, perform some of his old hit songs and some new tracks from his current album.

Kuame Eugene's 'Confusion' and 'Angela', Kidi's 'Odo' and 'Say You Love Me' and Kwaku Afro's 'Awulaa' simply got many of the guests on their feet from start to finish.

Okyeame Kwame's concluding performance, in which he delivered some of his hit songs like 'Faithful', 'Small Small', 'Anaa' and 'Medo Mma' also caught many couples dancing the night off.

Patrons were treated to good food, drinks and a lot of great music.

Some couples also won amazing prizes from a draw which their tickets entered them into.

The management of Alisa Hotel, represented by Mr Samson Masha, awarded a couple with weekend stay at the hotel and another couple with a night stay.

The management of Total Fitness Health Centre also awarded some guests with free months subscriptions at their state-of-the-art gym.

'Flaunt Your Lover' is an exclusive annual dinner and music event started last year (2017) by Okyeame Kwame and his wife, Annica.

According to Okyeame Kwame, the rationale behind the event was to re-orient the minds of lovers and couples about the celebration of Valentine's Day.

Ejisu Roman Catholic School gets water closet for the first ...
52 minutes ago