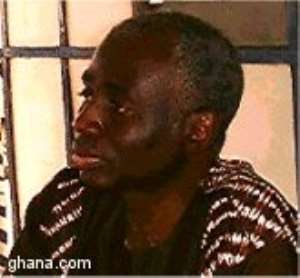 Accra, Aug. 19, GNA - A defence witness in the case in which Tsatsu Tsikata, a former Chief Executive of the Ghana National Petroleum Corporation (GNPC) is standing trial for causing financial loss to the state, on Friday presented English translated documents to an Accra Fast Track High Court (FTC).

The court on Thursday, directed the witness, Mr Jean Francois Arnal, Resident Manager of Caisse Francois de Development (AFD), to translate the French content document into English Language, since the court did not use French in its proceedings.

The documents were in respect of three exhibits from the defence team and one exhibit from the State Attorney. They were re-identified. Mr Arnal, who was giving evidence on the document, also produced a report on the visit to Ghana by the Head of his establishment in November 1990, as requested by the court.

Tsikata is charged with four counts of causing financial loss and intentionally misapplying funds totalling 2.345 billion cedis to the state through a loan he guaranteed on behalf of the GNPC for Valley Farms Company, a private cocoa buying company.

The company contracted the loan from Caisse Fran=E7aise de Developement in 1991 but defaulted in the payment. GNPC, which acted as the guarantor, therefore, paid it in 1996.

The offence, according to the prosecution, was contrary to Section 1(2) of the Public Property Protection Decree 1977 (SMCD140). Tsikata has pleaded not guilty to the charges and the court has granted him a 700 million-cedi self-recognisance bail.

Mr Arnal after being examined by Professor Emmanuel Victor Oware Dankwah, Leading defence counsel, told the court in an answer to cross-examination by the Director of Public Prosecutions (DPP) that he is a Civil Engineer.

DPP - What is your training?

Witness - I hold Masters degree in Engineering and has specialised in that field.

DPP - Who re-paid the loan?

Witness - Mr Arnal stated that the GNPC guaranteed the loan, but in 1992, the Valley Farms Limited defaulted because the investment of the loan was delayed, so GNPC paid.

DPP - Did you find out the real business of GNPC?

Witness - With the name, I believed that they were in petroleum business.

There was no re-examination by counsel.

Mrs Naa Shomeh Gyang, Deputy Manager, Legal Department of Merban Investment Holdings Limited (MIHL), who was the Second Defence Witness in the case, also tendered some documents in evidence. She was not cross-examined on them.

The documents, according to the defence counsel, were vital to promote the defence's case.

Prof Dankwa asked for adjournment to enable the defence to lay hands on other important documents that it had not yet received from abroad.

In March 2003, the FTC overruled the submission of no case filed by Tsikata and ordered that he should open his defence in the case. Tsikata then filed an appeal at the Appeals Court in November 2004, which was dismissed on the grounds that it lacked merit and therefore ordered him to go back to the FTC to open his defence. He filed an appeal to challenge the Appeals Court's ruling at the Supreme Court and this was also overruled and the review he sought at the Supreme was also quashed.

The case was adjourned to August 24, this year for continuation. 19 Aug. 05