Torture, UN, Bangladesh and my journalism! 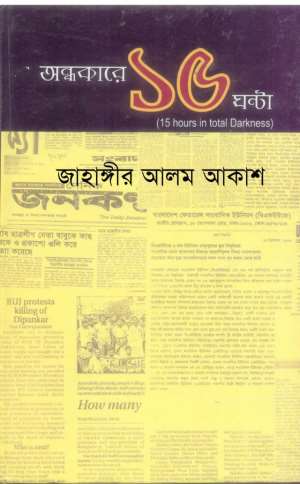 By Jahangir Alam Akash, June 26 is a big day for every torture victim. The UN has declared June 26 as the International Day in Support of Victims of Torture. As a torture victim, I am very happy that the UN has made this initiative for torture victims.

In Bangladesh, torture is common. Now, torture has become institutionalized. It has become common for extrajudicial killings to be sanitized under the categories of "crossfire" or "encounter" by law-enforcing agencies. A culture of impunity has also been a common practice by the state since 1975. Here, extrajudicial killings by the joint security forces continue unabated.

I experienced torture firsthand while I was detained at an army camp during the state of emergency declared by Bangladesh's military. The people of Bangladesh struggled for 23 years to gain their rights in different sectors throughout the country, then for provincial autonomy, and finally for independence. They owned their victory through a nine-month-long war, after which Bangladesh became independent.

It is very troubling that Bangladeshis' fundamental rights have been restricted through interference by the army. Army autocrats who rule the country have caused the deaths of thousands of civilians and army people, even the father of the nation, Bangobandhu Sheikh Mujibur Rahman, in 1975; yet they have always received impunity.

During the recently ended rule of the army-backed caretaker government, it was common practice for the joint forces, the army, and the Rapid Action Battalion (RAB) to torture university professors, journalists and writers, and human rights defenders, including famous playwright Malay Bhoumic; Prof. Anwar Hossen Neem Chandra Bhoumic; Harun-ur-Rashid; present vice chancellor of Rajshahi University, Abdus Sobhan; and ex-vice chancellor of the same university and present ambassador to the UK, Saidur Rahman Khan.

No action can to be taken against the perpetrators. Personally, I was also victimized by the caretaker government for my activities as a journalist, writer, and human rights activist. I was tortured for 15 hours. My crime was that I was made several investigative reports about the RAB's extrajudicial killings, Islamic militancy, and indigenous and minority torture, as well as corruption and political terrorism. As I experienced torture as a journalist, I was very much astonished that the main perpetrator, Major Rashidul Hasan Rashid, who tortured me and gave me electric shocks, is now in the UN peacekeeping mission in the Ivory Coast. He was recruited by the state for the UN peacekeeping mission on July, 2008. This type of attitude by the state in Bangladesh is very common.

If you express or write about any kind of state repression or the wrongful activities of the RAB, the army, the Directorate General of Forces Intelligence or other state machineries, then you must be prepared to experience struggle. The state will take revenge against you. As citizens of Bangladesh, we always want Bangladesh to be better. But if you strive to make things better, you will face repercussions by the state.

Covid-19: 5G Network Is Not The Cause – NCA To Ghanaians
59 minutes ago