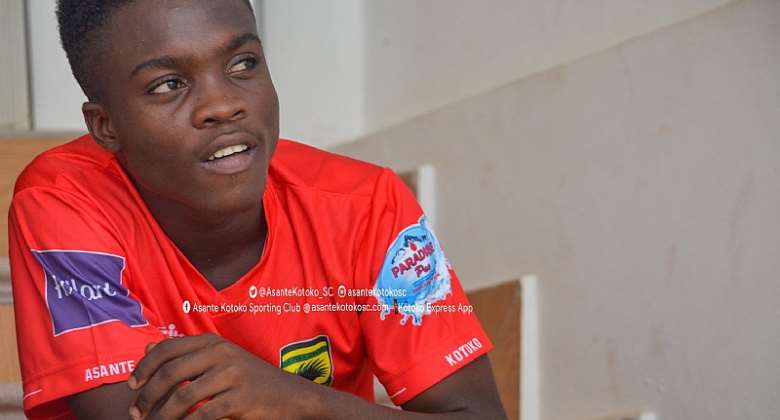 Asante Kotoko wunderkind Mathew Cudjoe Anim has revealed that he wants to reach the level of Lionel Messi, Abedi Pele and Asamoah Gyan.

The promising star made his mark on the first day just 15 minutes into the training.

The teen prodigy Mathew Cudjoe travelled to Germany for a trials due to his stellar display.

He has been one of the unstoppable young champ in Ghana Premier League as it's on hold.

In a tweet, he said, "I am focusing on my game, training, sleeping well and following the instructions that my father, Coaches and teammates are giving to me.

"If God permits, I can reach the level where Lionel Messi, Abedi Pele and Asamoah Gyan reached.

"It is my target from my kid," he concluded.