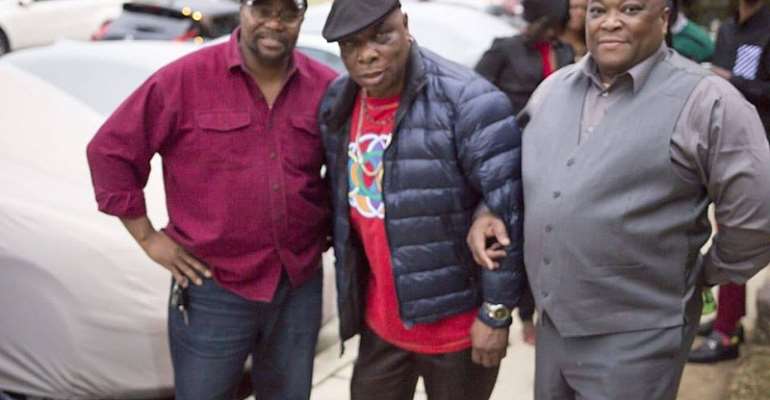 Former Accra Hearts of Oak Defender, Jonathan Nii Oti Ankrah aka Joe Dakota who has passed on in Maryland, USA is reported to have suffered kidney problem and died from it.

According to James Commey – Bortsie, former medic of Accra Hearts of Oak, the great defender died from kidney ailment and not coronavirus.

Afro Joe was his nickname, and he was one of the nation’s best defenders as put fears in top strikers and forwards.

The late Joe Dakota was the scissor kick specialist back in the days for Accra Hearts of Oak, and an expert in diving headers.

He left Ghana to seek for greener pastures in the USA, and he now belongs to the Lord Most High.

I was joking — Police grab three over fake kidnapping, deman...
9 minutes ago

Spectacular and Elusive Bird Rediscovered in Atewa Forest
15 minutes ago