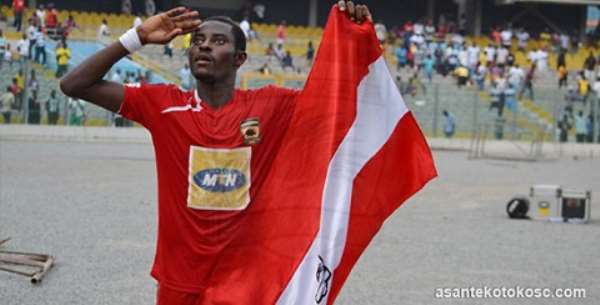 Highly-rated defender Ahmed Adams has revealed that during his time with Asante Kotoko, he was once told he was not Messi when he asked for an increment on his salary.

The defender who is the elder brother of Black Stars defender Kasim Nuhu played for the Porcupine Warriors from 2015 to 2017 before securing a transfer to Obuasi Ashanti Gold.

Speaking to Angel FM’s Don Summer on the reason behind his move from the camp of the Ghana Premier League giants, Ahmed Adams has shockingly revealed that it was because of how his pay rise request was turned down.

“I was receiving Gh800 Cedis and they told me it’s on a performance basis. They added Gh200 Cedis the following season because of my performance making it Gh1000. So I was receiving that for a period and I ask for a pay rise and Lawyer Yaw Boafo told me in the face, “You are not Messi”, the center-back narrated.

Accepting that he is not Messi, Ahmed Adams decided to leave Kotoko for the club to bring in the Argentine to play for them.

The defender is now playing his football with Berekum Chelsea where he has been applauded and labeled as one of the best center-backs in the Ghana Premier League.