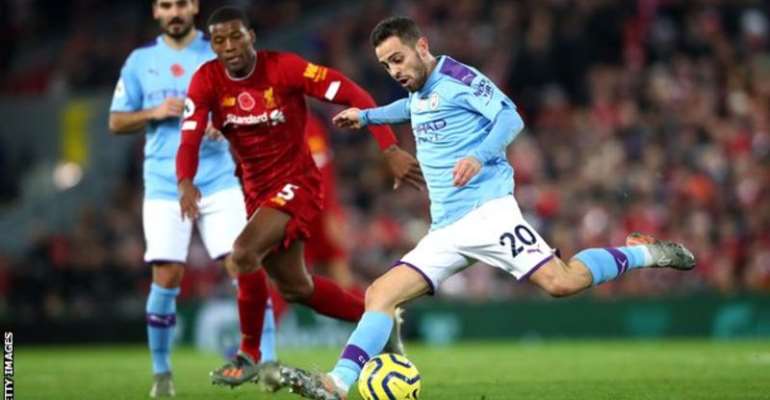 Liverpool lead the Premier League by 25 points from Manchester City

The Premier League faces a £762m financial penalty if the season does not resume, players have been told.

Such a penalty would apply if broadcasters demanded refunds on games they could not show, the league said during a conference call on Saturday.

During the call with the Professional Footballers' Association (PFA), the Premier League explained why it wants players to drop wages by 30%.

Clubs and players will discuss the plan with talks set to go into next week.

That is because the Premier League is not mandated to make such a decision and it has to be agreed by the players and coaches.

As well as the PFA, which is the players' union, representatives from the League Managers' Association - the managers' union - were also involved in Saturday's call, which was concluded in less than an hour with no agreement reached.

During the meeting, the league said the season will almost certainly be played behind closed doors if it resumes.

It also warned that, in addition to the penalties payable to broadcasters, hundreds of millions of pounds could be lost in sponsorship and matchday revenue because the season has been suspended.

The Premier League announced on Friday that it would ask players to take a 30% pay cut in order to protect jobs.

There are issues to be sorted out, though, as the PFA and leading agents think wage deferrals rather than cuts are preferable at this stage.