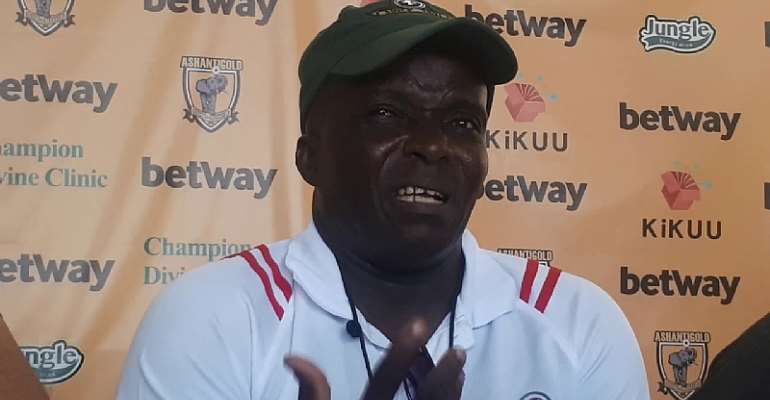 His criticism of the poor performance of Match Officials in the domestic top-flight came on Saturday, March 7, 2020, when his club was defeated 2-0 by Great Olympics at the Accra Sports Stadium.

Speaking to journalists after the loss, Coach Ernest Thompson Quartey cried foul over what he described as poor officiation from the referee of the day, Jones Akubiem plus his two assistants.

“Officiating was so so bad. I don’t know when some of the referees have still not learned anything after the Anas exposé. And I will not miss words, he was an apology of a referee. He did the same thing to Dwarfs at Obuasi and he has repeated the same thing here”, the Dwarfs coach said.

He continued, “He was an apology of an official. The same penalty that he took against us, Dwarfs had as many as 3 of such chances and he just took a blind eye to that one. The assistant one too, an apology. Anytime the ball goes out he doesn’t even know where to flag. Whether it was against Dwarfs or Olympics.

“It was quite appalling and that really demoralized my boys. We kept pushing and another slip at the back and Olympics got the second goal. So I don’t think officiating was actually the best and something needs to be done.

“I don’t think the integrity test they went some of the really learned anything. Some of them are actually not doing the right thing and I will hammer on it. They need to go back to their rule books”.

Muntaka Petitions EC Over Missing Names On Register
17 minutes ago