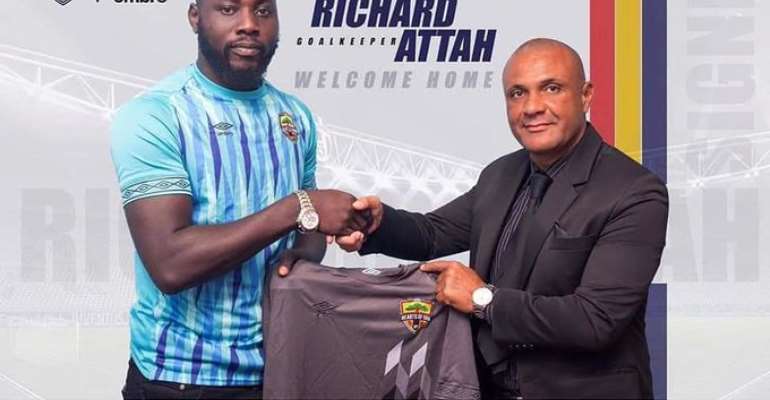 Former Hearts of Oak gaffer, Kim Grant has hailed Richard Atta for his call up to the Black Stars.

The bulky shot-stopper has been named in Ghana's 23 man provisional squad for the 2021 Africa Cup of Nations doubleheader against Sudan.

Atta has been impressive for the Phobians despite their dwindling campaign.

The 25-year-old has been named alongside Richard Ofori and Razak Abalora.

Ghana will host Sudan at the Cape Coast Stadium on March 27 before jetting off to Omdurman for the return encounter.

Below is the full squad