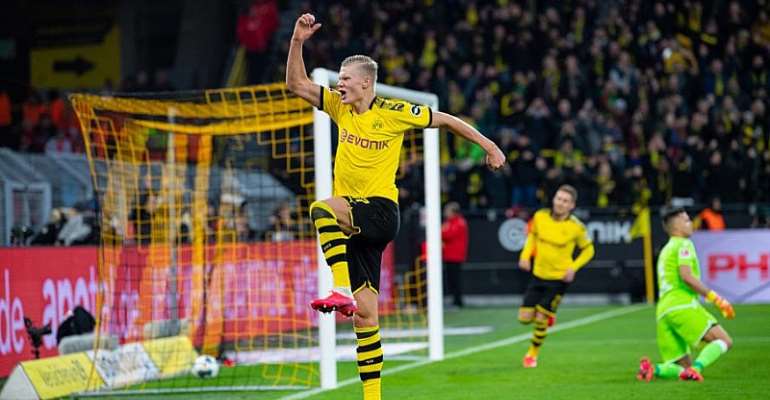 Bayern Munich scored three goals in the opening 26 minutes to defeat Mainz 05 3-1 away on Saturday and go two points clear at the top of the Bundesliga with their sixth straight win.

Top scorer Robert Lewandowski headed in his 22nd league goal in the eighth minute and Thomas Mueller and Thiago Alcantara added two more to lift the Bavarians to 42 points, two ahead of RB Leipzig who face Borussia Moenchengladbach later.

Bayern's fast start was enough to kill off the game and Mainz, who cut the deficit on the stroke of halftime through Jeremiah St Juste, rarely threatened although Leandro Barreiro hit the post.

The Bavarians also set a club record with 58 goals in their 20 league games in a boost for interim coach Hansi Flick, whose future at the club is still unclear.

Jadon Sancho opened their account in the 13th and teenager Haaland added another five minutes later.

Dortmund scored twice more after the break through Marco Reus and Axel Witsel before Haaland drilled in his second for the Ruhr valley club's third straight league win this year.