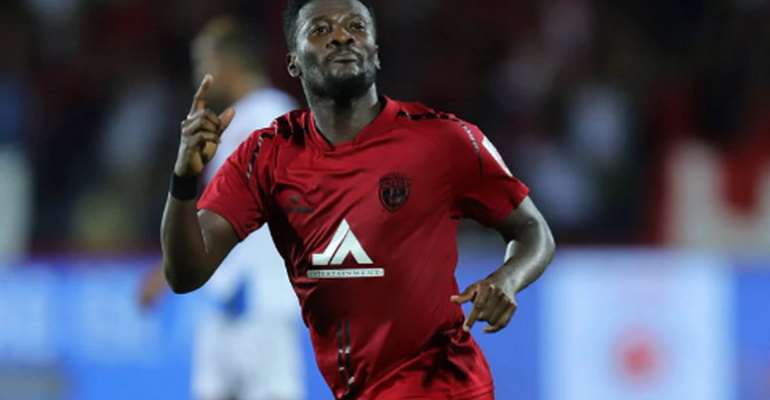 Former Ghana skipper, Asamoah Gyan has been ruled out for the rest of the Indian football season.

The 34-year-old got injured when he featured for his outfit NorthEast United on 28th December in a one-all draw against Kerala Blasters in the Indian topflight league.

He is expected to recover fully in February ending which virtually rules him out for the rest of the season in March.

Gyan has been impressive for NorthEast United, since joining them from Kayserispor in the Turkish topflight league last year.

The country's all-time leading goal scorer who has excelled in several topflight leagues such as French Ligue A, Italian Serie A, Premier League, UAE League is hoping to make a mark in the Indian topflight league.

Asamoah Gyan is currently in Ghana.