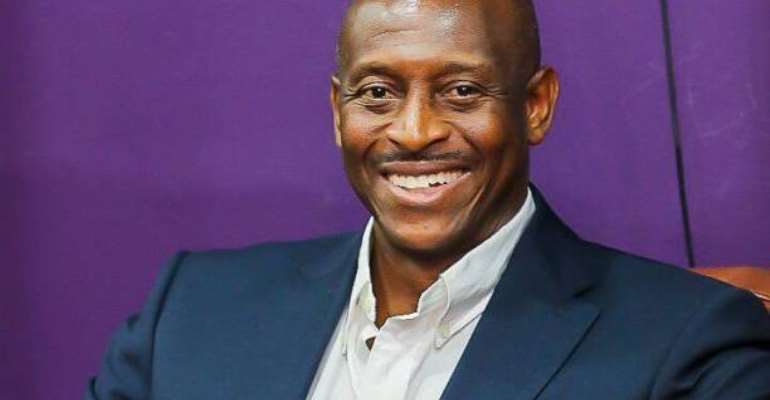 HAD eligibility rules been as relaxed as in the modern era of international rugby, Herbert Mensah would probably have joined the great Richard Tsimba in Zimbabwe’s squad to the inaugural World Cup in 1987 as one of only two black players in the entire tournament.

A dashing winger who thrilled crowds in his prime, Mensah believes there are now more opportunities than ever before in a game trying to rid itself of its aristocratic reputation.

Now one of the most powerful men in the sport on the continent, an executive committee member of Africa Rugby, the business tycoon from Ghana spoke to IndependentSport at length about the steady progress of the game in his country, rugby’s current standing in the developing regions of the world, as well as the very exciting prospect of meeting Zimbabwe under a new-format Africa Cup this year—a groundbreaking fixture between the two nations in this sport.

“I remember the year that Zimbabwe first went to the World Cup, and I wished I was Zimbabwean to be able to play in that team at the World Cup,” Mensah, who played club rugby here for Old Hararians in the early to mid-80s, said this week.

“I remember watching Namibia play for the first time in the World Cup. I remember watching Japan play for the first time in the World Cup—and all of them receiving 100 points. And people laughing and saying ‘ha, ha, ha’. And then I roll the clock forward and watch Japan beat Ireland in this (2019) World Cup and giving the other nations a really tough time. I watched Namibia, and so on and so forth, do a lot better at this World Cup. I watched Uruguay came through. So the gaps are closing and it is only through though competitions like this (new Africa Cup) that we are seeing what might be and where we might go, and I think it’s something truly to behold.”

Throughout the chat Mensah was full of praise for Khaled Babbou, the new president of Rugby Africa, crediting the Tunisian with the new Africa Cup top-flight format, which he says gives everybody a fair shot at rubbing shoulders with the best teams in world rugby.

“It’s an innovative way of moving our rugby forward for reasons that everyone gets a chance at trying to qualify for World Cup 2023, 2027,” said Mensah. “This is going to be the format going forward. For a country like Ghana, this is a stupendous opportunity. One that if we were to look at our development as a non-rugby playing nation, and then to become a full member of World Cup in the last four years or so, and then to be accepted and compete at the highest level…it is quite extraordinary and momentous. We as a nation, we only received our first professional scrummaging machine three months ago, two months ago. So you can imagine we’ve made all these achievements with no equipment whatsoever, no proper field or stadium to play in, not allowed to play in the national football stadium, stuff like that.”

Ghana were last year promoted into the premier division of African rugby last year after beating Botswana in a tier two play-offs final to book an away date with continental power Zimbabwe in the historic tie in May.

The West Africans owe much of the success to their national team coach, the Zimbabwean Lovemore “Dallas” Kuzorera, who has steered the striving minnows through the different stages since taking over from fellow countryman Simba Mangena at the beginning of 2017.

“We managed to get a dedicated bunch of people who were prepared to come together and work under Zimbabwean tutelage, first

Simba and now Dallas. And also under a Zimbabwean referee, Jeff (Chiwanda), who made sure that at every practice session we were playing by the rules, learning the rules, ensuring that our penalty count is minimum whilst looking at our strengths, our courage, our fortitude and our sense of direction. A sense that we will not lose.”

Mensah, who also served as a football administrator in Ghana—a successful past chairman of Asante Kotoko FC whose sacking by the King of Asantes in 2003 resulted in a fans’ protest—chronicled Ghana’s journey to the pinnacle division of African rugby, and his vision.

“I’m a great believer in processes, that nothing remains the same and that change occurs all the time,” he said. “With vision and strength, strength of conviction and integrity, you move the board forward. We have used a lot of local boys, instead of Ghanaians playing all over the world. Against Botswana, apart from two players, the rest were local boys – nobody who has played in South Africa or Europe.

We’ve tried to do that. We can only develop our game if the majority of the players are local. If they work together, train together, sleep together, bond together, they will have better understanding. They may not have started playing until they were 15, one or two of them never saw a rugby ball until 20. But the fact that they have good hand-eye coordination, the fact that we understand as West Africans over the last 30 or 40 years that if it comes to sprinting at the Commonwealth or Olympics, it was the West Africans who took pole position.

If it came to football, it would be countries like Ghana, Ivory Coast, Nigeria, Cameroon, Senegal, et cetera, who would take the place in Africa as leaders. So everybody has their skillsets and differences. So we have to utilise what we have with the differences, trying to put it together in a game that is very technical. And at a time World Rugby is changing rules and regulations, what happens at the point of contact, what happens with the tackle, what happens with so many different areas.”

Being chosen from Old Hararians to play a single first-class match for Zimbabwe’s biggest province Mashonaland in 1985 against the touring Italian national team, and scoring the winning try, was the highlight of Mensah’s playing career.

From Zimbabwe, Mensah moved back to England, where he had attended high school and university— making the grade at top-flight rugby union side Sacarens over a few seasons.

Zimbabwe still holds many pleasant memories for Mensah, and coming here with the Ghana rugby team in May for the landmark Test against the Sables is something to cherish for the Accra-based high-flying entrepreneur and philanthropist.

“To come across down to Zimbabwe, which I know well from my days of playing there, living there, beautiful people, one of the most beautiful countries on God’s earth, really, my empathy with Zimbabweans is something that will always be in my blood,” Mensah said.

“And coming thereafter (Zimbabwe’s British former coach and current Ghana technical advisor) Collin Osborne had been there, and I think he came back after I had left, was something else. My days of playing for OH, a club I loved dearly, was something else. And then the honour of playing for Mashonaland, meeting Currie Cup greats those days—Brian Murphy, Eric Barrett, and all the others, was something that changed my life and made sure that when I went back to England, I could play for Sacarens. Ghana will come with true humility to Zimbabwe, to face an extraordinary team.

The history between us, the fact that your former first lady was Ghanaian, the fact that the two coaches we (Ghana) have had are Zimbabweans, is a big deal. The fact that Collin played a huge role in the development of black rugby in Zimbabwe in the early 1980s, is a big deal. And the fact that I have this love affair with Zimbabwe, is also big. So it’s a match that is honed in the stars. We’ll be taught a lesson, which we will accept. And we’ll move forward knowing that we’ll be stronger and greater.”